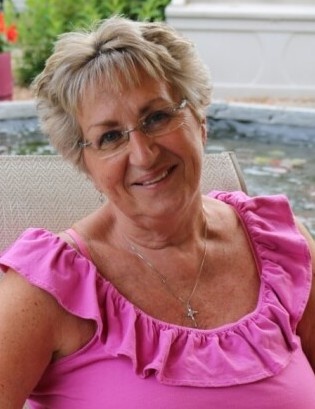 Nancy Perez, 78, of Champlin, MN, passed away at her residence on Tuesday, June 2, 2020. A private service will be held in the coming days to honor Nancy’s Life. Pastor Tom Brock will be officiating. Burial will be held at Riverside Cemetery, Nashua. Arrangements have been entrusted to Joseph Vertin and Sons Funeral Home, Breckenridge.

Nancy was born in Nashua, MN, on May 27, 1942 to Charles and Esther Hasse. She grew up on the family farm in Nashua and later graduated high school in Tintah, MN. After receiving her diploma, she moved to California where she met and married Robert Perez. From this union their daughter, Steffanie, was born in March of 1969.

Nancy was widowed in 1982. Nancy and her daughter moved to Bremerton, WA, to be closer to her sister, Colleen Herzog. Then, in 1987, they moved to Minneapolis, MN, where she resided until her passing.

Nancy worked as a medical transcriptionist her entire career and was exceptionally good at her job. Always one to have a strong faith in Jesus, Nancy held on to the promise of eternal life which gave her comfort despite receiving a cancer diagnosis with a prognosis of one year to live. Even in sickness, Nancy continued to show compassion and so much love for her daughter. She always enjoyed her life and held onto many amazing memories. She took pride in her home and loved redecorating! No matter where life brought Nancy, Nashua was always home to her. Her final wish had always been to be laid to rest in the Riverside Cemetery alongside her whole family.

Nancy will be greatly missed by Steffanie (Mark) Leiter of TX; sisters, Donna Kruse, IL, and Janet Teegen of IL; and brother, David (Grace) Hasse of MN. She was preceded in death by her husband, Robert Perez; parents, Charles and Esther Hasse; sister, Colleen Herzog; and brother-in-law, Art Kruse.

To order memorial trees or send flowers to the family in memory of Nancy Perez, please visit our flower store.