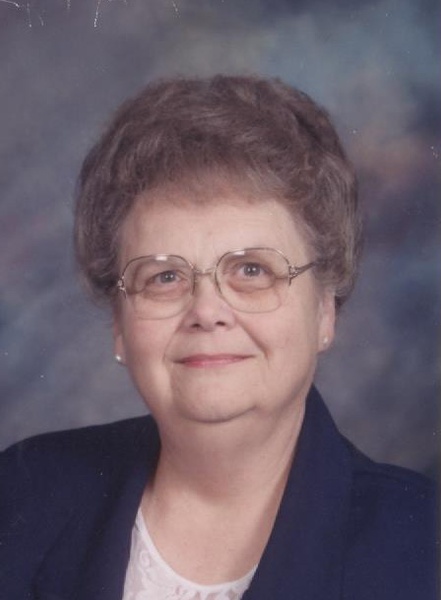 Neoma A. Laken, 81, of Breckenridge, MN, passed away on Monday, December 07, 2015, at CHI St. Francis Hospital in Breckenridge, MN. The visitation will be from 5:00 to 8:00 p.m. at Joseph Vertin and Sons Funeral Home in Breckenridge, on Thursday, December 10. There will no prayer service. The funeral will be at 11:00 a.m. on Friday, December 11, at Breckenridge Lutheran Church. Pastor Mark Manning will be officiating. The interment will be at Riverside Cemetery in Breckenridge.
Neoma Ann Laken was born Saturday, June 16, 1934, at St. Mary's Hospital in Wahpeton, ND, the only child of Palmer and Grace (Gast) Laken of Doran, MN. She was baptized into the Lutheran faith on December 30, 1934, at the farm home of her maternal grandparents in rural Newfolden, MN. She was confirmed on May 23, 1948, at Breckenridge Lutheran Church. During her elementary school years, she attended Doran Presbyterian Church Sunday School, so this church claimed a special place in her heart. Neoma attended Doran grade school, graduating Valedictorian of her eighth grade class. She furthered her education at Breckenridge High School, graduating in 1952 as co-Valedictorian. She became a charter member of the Charles Holmgren Chapter of the National Honor Society when she was a junior in high school. Following graduation, Neoma was hired by the law firm of Korbel & Gospodar as a paralegal/veterans service secretary, and moved to Breckenridge.
In December 1954, at age 20, Neoma was diagnosed with ovarian cancer. She had two surgeries, a lifetime of radiation, and was told she had a 20 percent chance of living the next five years. She refused to dwell on the cancer and decided she would have to be stronger than the malignancy. Neoma did become cancer free. However, she battled numerous other health issues all her life from the after effects of the radiation.
In November of 1956, Neoma became the Wilkin County Deputy Registrar of Deeds. In April of 1976, she was appointed the Registrar of Deeds. In August of that same year, the title was changed by Minnesota Legislation to County Recorder. She held this position until her retirement in 1994, serving Wilkin County for 42 years. She was also a licensed land title abstracter. In 1988, Neoma was named Minnesota County Recorder of the Year by her peers, and then in 1989, she was elected president of the MN County Recorders Association.
Neoma was an adventurous, independent woman who loved to travel. She visited 30 states, including Hawaii, several Canadian Provinces, and Washington D.C. several times. Overseas trips included Israel, Jordon, Saudi Arabia, and Greece and Rome, Italy. Neoma's faith was important to her. She was active the Breckenridge Lutheran Church serving on numerous committees, including WELCA. She also taught eighth grade confirmation, and in 1978, became the first woman in the history of Breckenridge Lutheran to be elected president of the congregation.
Neoma was of the opinion that you have to do more than just pass through life. She believed you must give back to the community in which you live for the privilege of being a part of it. Following the flood of 1997, she accepted a two year appointment to the Breckenridge City Council. Then she ran for a four year term, serving as an Alderman and also on the Breckenridge Port Authority.
As an avid historian and a visionary, Neoma became involved in many community projects, and because of her efforts, won numerous awards over the years. She received the Breckenridge Chamber Distinguished Citizen award; Breckenridge Rotary Outstanding Service to Business; The Extra Mile Award from the Wahpeton ND Chamber, and the Ernest Chizek Volunteer Award. In 2002, she received the Friend of the Red River award given by the River Keepers in Fargo, ND, for obtaining MN Legislative action, which named the Red River of the North an official MN boating and canoeing route. This legislation also provided the needed funding for the project. Neoma was a member of the Project Breckenridge, Historic King of Trails, member of MN 16th District Bar Association Ethics Committee, and was listed in Who's Who in America (Midwest) from 1994-1998.
Neoma authored two books, War of the Rivers and Winding Journey to History. She also wrote many historical pamphlets and was a featured columnist in the Wahpeton Daily News. She was a performer in the Head of the Red Community Theater, and wrote and/or performed in ten Breckenridge Community & Headwaters Day Historical Pageants. She was very interested in Christian drama and performed many portrayals of women in the bible. She became known as the "Storyteller," a title she thoroughly enjoyed.
Relationships were important to Neoma. She treasured friendships she made throughout her lifetime. Friends from her youth remained lifelong friends. However, she often said "little people" were her favorite. She loved children. She was a steadfast presence in the lives of family and friends. She and her special smile are gone now. She leaves a legacy of historical research and service to community. At age 81, the cancer came again. This time, as she took her Lord's hand and went home with Him, defeating cancer forever, and winning the final victory!
Neoma is survived by her goddaughters, Susan Easton Strenger and Stephanie Haugen Angst; her godsons, Brian J. Haugen and Eric W. Rindahl; a family of cousins and a family of friends. She is preceded in death by her parents, Palmer and Grace Laken.
Preferred charities include Wilkin County Historical Society, Breckenridge Lutheran Church, and Luther Crest Bible Camp.
To order memorial trees or send flowers to the family in memory of Neoma Laken, please visit our flower store.