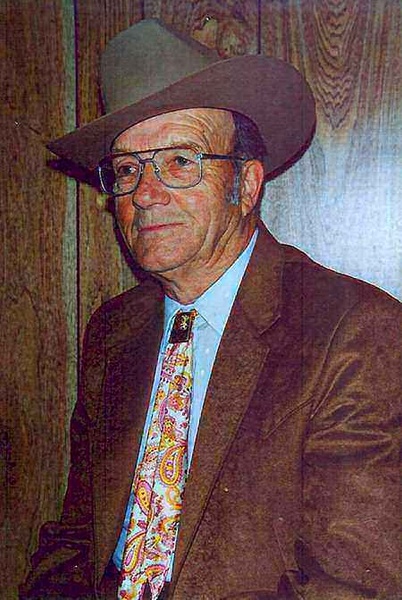 Norman Davis, 82 of Breckenridge, MN passed away on November 30, 2010 in Fargo, ND. The visitation is Friday, December 3 from 4pm to 7pm with a prayer service at 7 at Joseph Vertin & Sons Funeral Home in Breckenridge. The funeral is on Saturday, December 4 at 11:00 am. at Valley Christian Church, Breckenridge, MN. Officiating is Pastor Matthew Valan and David Kuhfal. Interment is at Riverside Cemetery, Breckenridge, MN. Honorary pallbearers are grandchildren, great-grandchildren, great-great-grandchild, fellow truckers and coffee buddies. Pallbearers are Michael Eklind, Jason Davis, Joshua Davis, Nathan Davis, Mitchell Dahlen, Solan Thurston, and Brady Church.
Norman was born to Paul and Alta (Holt) Davis on May 22, 1928 in Long Prairie, MN. He grew up and went to country school in the Rothsay and Foxhome area.
On October 22, 1949 Norman and Norma Henderson were united in marriage at the United Methodist Church in Breckenridge. As a young couple, they lived in Foxhome, Eagle Bend and Fergus Falls. In 1953 they settled in Breckenridge where they raised their 3 children. From 1953 to 1958 Norman worked on the Great Northern Railroad and got his start in trucking. Upon retiring from driving semi in 1990, he worked for several local farmers and at Todd's Welding. It was also at this time that he and Norma began spending their winters in Texas. Norman was active in his church, formerly serving as a board member and currently as an elder at the Church of God.
In his spare time Norman enjoyed many hobbies including hunting with his sons and grandsons and spending time on Ottertail lake fishing. He also liked to tinker on his John Deere mower and collecting farming antiques. Norman will be remembered for his benevolent nature, strength of character, and a legacy overflowing in love and integrity.
Norman survived by his wife, Norma Davis of Breckenridge, MN; his children Norlin (Kathleen) Davis of Moorhead, MN; Nancy (Mike) Eklind of Breckenridge, MN; Neal (Diane) Davis of Twin Brooks, SD; 8 grandchildren; 22 great-grandchildren and 1 great-great grandchild. Norman is preceded by his brother Glen Davis; his parents Paul and Alta (Holt) Davis; his step-father William Busse.
To order memorial trees or send flowers to the family in memory of Norman Davis, please visit our flower store.