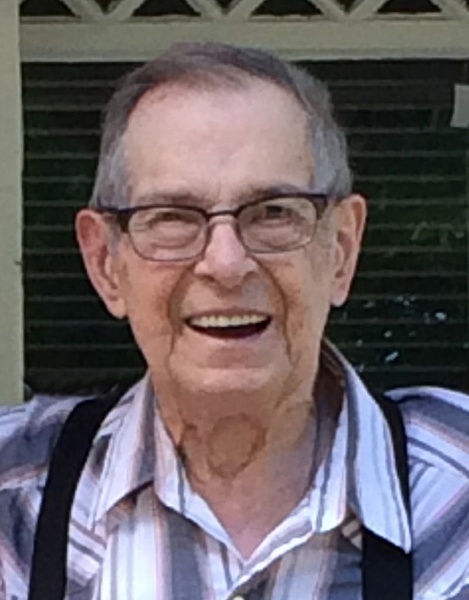 Norman Nicholas Goerdt, 83, of Breckenridge, MN, passed away on Sunday, June 11, 2017, at CHI St. Francis Hospital in Breckenridge. The visitation will be from 5:00 to 8:00 PM, with the KC Rosary at 5:30PM, and a prayer service at 7:00 PM, on Tuesday, June 13, at Joseph Vertin and Sons Funeral Home in Breckenridge. The visitation will continue on Wednesday, June 14, from 9:30 to 10:15 at the funeral home, followed by the Mass of Christian Burial at 10:30 AM, at St. Mary's Catholic Church in Breckenridge. Father Stan Wieser will be the Celebrant. The interment will be at St. Mary's Catholic Cemetery in Breckenridge.
Norman was born at home in rural Grant County, Minnesota, on May 27, 1934, to Albert and Otillia (Keller) Goerdt. He attended rural schools near Tenney, MN and Fairmount, ND. He entered the military in October of 1957, and proudly served his country in the National Guard until September of 1963. Norman was united in marriage to Ann Nennig on May 30, 1959, at St. Anthony's Catholic Church in Fairmount. They made their home in Breckenridge, and except for a three year stint in Wahpeton; it has been their home ever since. They were blessed with seven children.
After farming with his father for a short while, Norman worked in construction and then joined his father-in-law, Albert Nennig, as a painter for a couple of years. Then for the next five years he worked for Jacobson Paint and Decorating. Following his painting career, Norman went to work for St. Francis Hospital in Breckenridge as a Maintenance Engineer, a job he loved for 22 years. He was an active member of St. Mary's Church as an usher, lector, and Social Concerns Committee member. He was also active in the Knights of Columbus, Wahpeton Eagles Club and the Breckenridge Senior Center.
Norman's crown was his seven children. He loved their family gatherings with all the singing, music and laughter. Norman's hobbies included playing the piano accordion, keeping in touch with friends and family, and attending church and community activities. He will be remembered for his genuine smile and authentic fondness for people. Norman Nicholas Goerdt passed away on Sunday, June 11, surrounded by the loving embrace of his family.
Norman is survived by his wife of 58 years, Ann; his seven children, sons, Gregory (Linda) Goerdt of Kent, MN, Scott (Sandy) Goerdt of Apple Valley, MN, Brian (Karla) Goerdt of Northfield, MN; daughters, Colleen (Don) Braaten of Lakeville, MN, Jennifer (Terry) Zenker of Eagan, MN, Nancy (Barry) Bishop of Lemmon, SD, and Melissa (Jason)Quam of Wyndmere, ND; his 23 grandchildren; his brothers, Ervin Goerdt of Mt. Iron, MN, and James Goerdt of Fergus Falls, MN; his sister, Agnes Eichhorn of Breckenridge, MN. He was preceded in death by his parents, Albert and Otillia; his siblings, Otto, Donald, Margaret Vaughn, Sylvia Drewniak, and Elizabeth Schroeder.

Copy and Paste the code below into your website Norman's Memorial Folder
To order memorial trees or send flowers to the family in memory of Norman Goerdt, please visit our flower store.