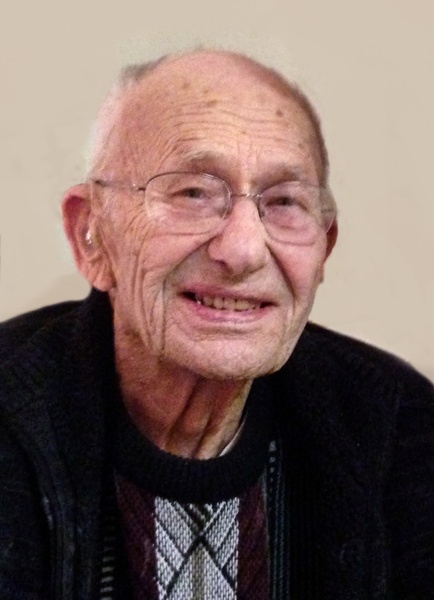 Orville was born near Comstock, MN, one of 14 children born to Ella (Swenson) and Ole Edwards. He attended school in Comstock, later Sabin, and then back to Comstock again. In July of 1942, Orville entered the U.S. Army and was stationed in Texas, until his assignment in Iran with the Persian Gulf Command. He served as a medic and operated an ambulance from the aid station to the field hospital.

While still in the service, Orville met Bernice “Betty” Brinkman, a young nurse, at a dance at the American Legion Pavilion in Breckenridge. After his discharge from the army, they were married on May 13, 1946, in Cold Spring, MN. The couple made their home on a farm near Wolverton. They lived there and farmed until 1967, when they moved to Breckenridge. After retiring from farming, Orville worked for a time as an electrician and fertilizer manager for Cenex in Breckenridge.

Orville loved the outdoors and enjoyed fishing and hunting. He later took up golf and came to love the sport that he once thought was ridiculous. He also volunteered as a driver for cancer patients who needed transportation to Fargo. He and Betty enjoyed their many winter trips to Texas, where they would meet up with friends and relatives. He also loved doing puzzles and crossword puzzles.

Orville was preceded in death by his parents, Ella and Ole; his wife, Betty; his son, Paul; his brothers, Leroy and Edward “Teddy”; and his sisters, Leone, baby girl Edwards, Ethel Weber, Marion Carlson, and Harriet Ness.

To order memorial trees or send flowers to the family in memory of Orville Edwards, please visit our flower store.