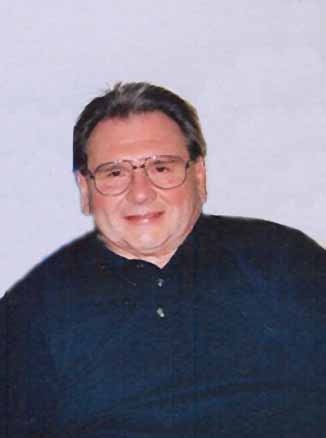 The funeral service for Pat will be held on Wednesday, January 30, 2008 at 2:00 PM at Joseph Vertin & Sons Funeral Home Chapel, Breckenridge, MN, with Fr. Kenneth Popp officiating. Visitation will be one hour prior to the funeral at the funeral home. Interment will be at St. Mary's Catholic Cemetery, Breckenridge, MN.

Patrick George Antrim was born December 8, 1946 in Breckenridge, MN, the son of George Jr. and Frances Ann (Boll) Antrim. He grew up and attended St. Mary's Catholic School in Breckenridge and Breckenridge High School, graduating with the class of 1964. He furthered his education at St. John's University in Collegeville, MN, and graduated from there in 1968. Pat was employed by Montgomery Wards from 1968 until 1998. During those thirty years he was a store manager and later a district manager. From 1998 until December, 2007, Pat worked for Dynamex as a courier.

Pat was united in marriage to Janice Fitterman on July 26, 1969 in Minneapolis, MN. Together they made their home and raised their two children in the Coon Rapids, MN area.

Pat was an avid outdoorsman. He enjoyed hunting in North Dakota and fishing at Otter Tail Lake. He was an excellent golfer, winning numerous tournaments throughout his life. Horseracing was another one of his passions. He loved his work and his play and spending time with family and friends.

His family would like to extend a special "thank you" to Dr. Julie Reddan, Dr. Robert Winston (Deb, Becky, Jen and Amy), Chaplain Richard Stenholtz, and the Heartland Hospice Staff, Dan, Char, Les, Becki and Denise.

A special memorial gathering to celebrate Pat's life will be held Saturday, February 2, 2008 at 1:00 PM at Greenhaven Golf Course in Anoka, MN. Online guestbook at www.josephvertinandsons.com.

To order memorial trees or send flowers to the family in memory of Patrick Antrim, please visit our flower store.