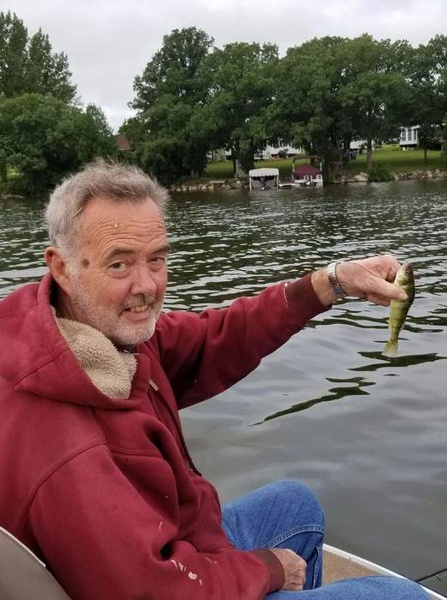 Patrick Lee Allen, 68, of Nashua, MN, passed away at St. Francis Medical Center, Breckenridge on November 30, 2019. The Memorial Service will be held at 1 p.m., Friday, December 6, 2019, with a visitation one hour prior to the service at Joseph Vertin and Sons Funeral Home, Breckenridge.

Pat was born in Portland, OR, on June 30, 1951, the son of Thomas and Marion (Ness) Allen. He grew up and went to school there until moving to Minnesota at the age of nine. In 1970, Pat graduated from Breckenridge High School and went on to pursue an Architectural Drafting Degree at Detroit Lakes Technical College. After graduating, he proudly joined the United States Marine Corp in 1973 and devoted two years serving his country. Once he was discharged, Pat returned to Fairmount, ND, and worked with Frank Klein laying flooring.

With a snowstorm brewing on April 2, 1977, Pat was united in marriage to Beth (Mahler) at First English Lutheran Church in Fairmount. They made their home in Fairmount and were blessed with two children, Brian and Carly. In 1979, Pat began his career at Wil-Rich, Wahpeton, ND, as a fabricator. He was hardworking and dedicated to his job and this was reflected during the 39 years he worked there. Pat and his family moved to a farm outside of Campbell, where he and Beth have resided since.

Throughout Pat’s life, he continuously sought to bless others, especially his family. There wasn’t a request he could turn down; without complaint, he was building cages or coops for his wife’s many farm animals or helping his children find and develop passions of their own. He was the solid foundation that his family rested on and always their voice of reason. An outdoorsman at heart, Pat enjoyed marveling at nature’s beauty; he and Beth especially loved bird watching and sighting deer in their yard. He looked forward to fishing trips, though he didn’t go on many, and could usually be found watching the weather from the end of the driveway. When Beth was home, they watched Hallmark movies, and when she wasn’t, he enjoyed Syfy and Western movies. Pat would always say, “It doesn’t have to be that hard.” He could always be counted on to be his best when things were at their worst.

To order memorial trees or send flowers to the family in memory of Patrick "Pat" Allen, please visit our flower store.
Open