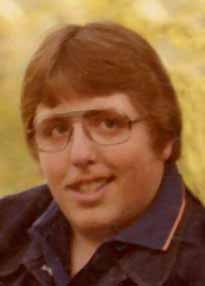 There will be two funeral services for Paul. Both will be held on Monday, June 30, 2008. One will be at 10:00 AM at Joseph Vertin & Sons Funeral Home, , and another at 3:00 PM at Ortonville Living Hope Fellowship, . Pastor David Homrighausen will officiate at both services.

Visitation with the family will be one hour prior to each service.

He was preceded in death by his grandfather: John Hans.

Paul Jon Hans was born August 3, 1965 in , the son of John A. “Bud” and Bonnie L. (Morrison) Hans. He attended school in Ortonville, graduating from . In 1984 Paul moved to Wahpeton, ND and cooked at the Copper Kettle Restaurant in .

Paul enlisted in the U. S. Navy in 1986 and served for four years, where he worked in a submarine dry dock at . Following his military service he returned to Wahpeton and was employed at Primewood for 13 years. Most recently he began working for Case International in .

His greatest enjoyment came from riding motorcycle with his friends and his motorcycle club members, the Solid Brotherhood. He also enjoyed playing pool, working, and spending time with his family.


To order memorial trees or send flowers to the family in memory of Paul Hans, please visit our flower store.