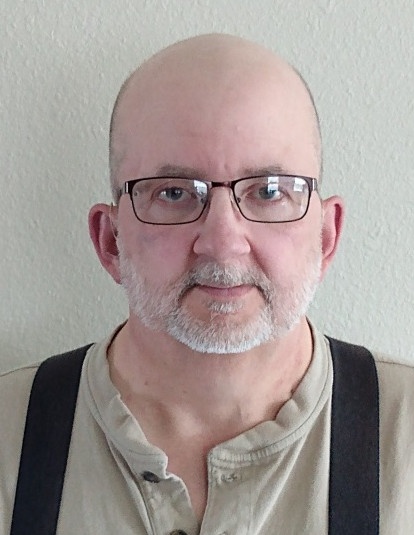 Paul Schreiber, 60, passed away at Martin Luther Manor in Bloomington, MN, on Thursday, September 8, 2022.  A time for visitation will take place on Thursday, September 15, 2022, from 9:30 a.m. to 11:00 a.m. at St. Mary’s Catholic Church in Breckenridge.  Funeral Mass will then begin at 11:00 a.m. with Father Leo Moenkedick presiding.  Burial will follow at Calvary Cemetery in Wahpeton, ND.

He was born October 22, 1961, at St. Francis Hospital in Breckenridge, MN, to Cyril and Dorothy (Bach) Schreiber. He grew up on the family farm near Doran and was baptized and confirmed at St. Mary's Catholic Church in Breckenridge. In 1980, he graduated from Campbell-Tintah High School and then attended NDSCS at Wahpeton.

From 1980 to 2000, Paul worked for Holiday StationStores.  Working there led Paul to Bismarck, ND, where he met the love of his life,  Sheryl Snustad.  They were married in 1984 and they made their home in Bismarck where their two sons were born.

In 1989, Paul and Sheryl moved to Warroad, MN, where he continued his career with Holiday.

Paul enjoyed hunting, fishing, gardening, and snowmobiling.  He cherished the time spent vacationing with family and friends on Ottertail Lake.

To order memorial trees or send flowers to the family in memory of Paul Schreiber, please visit our flower store.