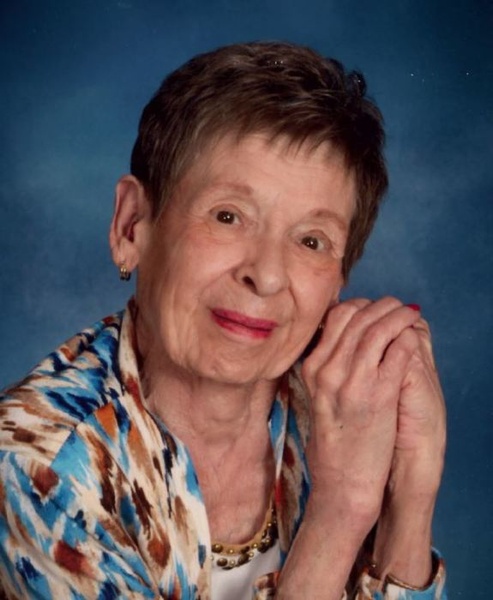 Phyllis Arlene Bohn, 82, of Breckenridge, MN, passed away on Thursday, November 8, 2018, at Knute Nelson Memorial Home in Alexandria, MN. Visitation will be held from 11:30 a.m. to 1:00 p.m., Monday, November 12, 2018, at Immanuel Lutheran Church in Wahpeton, ND. The funeral service will begin immediately after the visitation at 1:00 p.m., at the church and Reverend Matthew Tooman will be officiating. The interment will be held at Trinity Lutheran Cemetery, Great Bend, ND.

Phyllis was born in Breckenridge, MN, on September 9, 1936, the daughter of Malvin and Esther (Grager) Bohn. She grew up and began her early education at Great Bend, ND, and graduated from Wahpeton High School.

On August 7, 1953, Phyllis Bohn was united in marriage to Lloyd Walter Bohn at Trinity Lutheran Church in Great Bend. They made their home in Wahpeton, ND. In 1955, Lloyd was stationed in France for two years after entering the US Army as a Green Beret. During her husband’s deployment, Phyllis lived near Fort Bragg, Fayetteville, NC. Upon his return in 1960, Phyllis and Lloyd moved to Breckenridge and they later purchased Bronson Clothing, Breckenridge. Their next business venture took them to Rush Lake where they owned and operated Elm Haven Resort. In 1978, they moved to Campbell and purchased the Ranch House Bar and Steak House. They sold the Ranch House in 1991 and continued to live in Campbell. Phyllis worked at Blazer Express until her retirement. In 1997, they moved back to Breckenridge and, most recently, she lived in Alexandria with her daughter, Cindy.

Phyllis was an active member of the local VFW Auxiliary and devout member of Immanuel Lutheran Church. She was an avid gardener and enjoyed sports, cheering on the NDSU Bison and Minnesota Vikings. Characterized by her selflessness, hard work, and devotion to her family, she expressed her love by selfless acts of thoughtful kindness. This included making stunning needle-point towels as gifts for her children, and later, her grandchildren. She also had a talent for making incredible meals that brought her family and friends together and she delighted in the memories that were made. A portion of her day was always set aside for reading her daily devotional Portals of Prayers and the newspaper. Phyllis was a genuine and caring business-owner, wife, mother, grandmother, and friend; she was deeply appreciated and cherished by her loved ones.

She was preceded in death by her husband, Lloyd Bohn; son, L. Craig Bohn; parents, Malvin and Esther Bohn; and mother and father-in-law, Robert and Minnie Bohn.

To order memorial trees or send flowers to the family in memory of Phyllis Bohn, please visit our flower store.