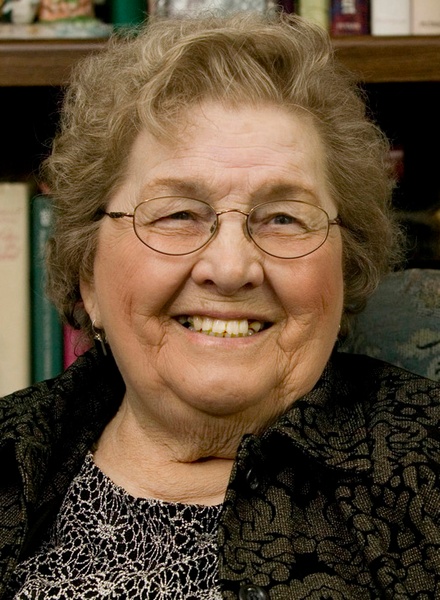 Phyllis Donnan, age 90, of Breckenridge, passed away peacefully on August 9, 2013, at St. Francis Nursing Home in Breckenridge.
The funeral service will be at 11:00 a.m. Tuesday, August 13, 2013 at United Methodist Church in Breckenridge, Minnesota. There will be a visitation from 10:00 – 11:00 a.m. on Tuesday at the church.
Pastor Mark Manning will be officiating. The interment is at Riverside Cemetery in Campbell.
Joseph Vertin & Sons Funeral Home in Breckenridge is assisting the family with arrangements.

Phyllis Donnan was born at Hanley Falls, Minnesota on March 31, 1923 to Olaf and Irma (Conrad) Trovatten. She was baptized in Lutheran Faith at Spring Creek Missouri Synod Church in Clarkfield, Minnesota.

Phyllis attended first through 7th grade at District 45 Trovatten School at rural Hanley Falls. She moved to Campbell, Minnesota with her family on April 6, 1935. She was confirmed in St. Paul's Lutheran Church in Campbell in April of 1938. She graduated from Campbell High School in May of 1940, and went on to attend State School of Science in Wahpeton, North Dakota, where she earned an Associate of Arts Degree. She then began working for Joseph Vertin & Sons Funeral Home as a secretary and bookkeeper.

Phyllis married Douglas Dunker at Milbank, South Dakota, on July 24, 1973. They lived in Battle Lake where they operated Dunker Marine.

During the years, Phyllis was employed by various businesses in the area as well as the Campbell Public School as a secretary, and bookkeeper for her father's grain elevator in Campbell.

Phyllis married Lloyd Donnan on September 8, 1990 at St. Paul's Lutheran Church in Campbell, Minnesota. They moved to Wahpeton on August 1, 1992. They enjoyed spending winters in Arizona and Texas. They also resided on Ottertail Lake briefly. Phyllis lived at Appletree Court, and finally resided at St. Francis Nursing Home in Breckenridge from 2009 to present.

The greatest joys in her life were her children, grandchildren, great-grandchildren, and her family at St. Francis. Many pleasurable moments were spend enjoying her birds, music, flowers, and her dogs.

She was preceded in death by her parents, Olaf and Irma Trovatten; Husbands, Edward Church and Lloyd Donnan; and a grandson, Lucas Church.
To order memorial trees or send flowers to the family in memory of Phyllis Donnan, please visit our flower store.