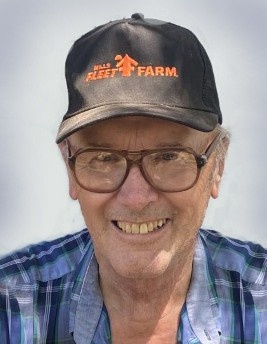 Ralph Robert Klemm was born on April 21, 1945 to Robert and Irene (Blackledge) Klemm in Wheaton, MN.  He grew up in Wheaton where he attended school through the 11th grade.  His family then moved to Breckenridge, MN, where he graduated from high school in 1964.

Ralph met Sharon Blom in May of 1965, and soon after they were married on October 9, 1965.  Two weeks after they were married, Ralph was drafted into the U.S. Navy where he was stationed in San Diego, CA, for two years.  After his discharge, the couple moved back to Breckenridge where Ralph worked at the gas station and Twin City Roofing.  They then moved to Alexandria, MN, for a short while before moving to Hoffman, MN.  In 1971, Ralph and Sharon moved to Doran, MN, where they lived for 17 years before settling on their farm near Campbell, MN.  Through the years, Ralph worked at 3M, Primeboard, Primewood, and he also enjoyed helping Troy Dohman on the farm for many years.

Ralph enjoyed anything with an engine, but he had a passion for tractors, where he had a collection of toy tractors and also a number of lawn mowers that he spent time working on.  He also collected model cars and airplanes, and you could find them all over his house.  He was a Mr. Fix It, and would help anyone work on something if it was broken.  Ralph loved his grandchildren; you could always find one of them sitting on his lap while they took a nap.  He was a member of the Breckenridge Lutheran Church, the Dalton Steam Threshers Association, and the VFW.

He was preceded in death by his parents, Robert and Irene Klemm; his grandparents; his son-in-law, SSG David Kuehl; his niece and nephew, Jenny and Robbie; his sister-in-law, Vickie Klemm; and family friend, David Fronning.

To order memorial trees or send flowers to the family in memory of Ralph Klemm, please visit our flower store.