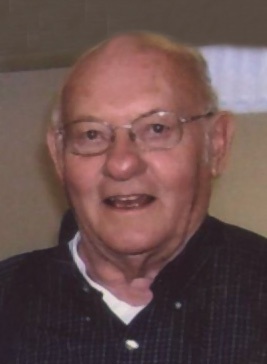 Ralph Ivan Viall, 81, of Breckenridge, MN, passed away Saturday, June 20, 2015, at CHI St. Francis Hospital in Breckenridge. His visitation will from 10:00 to 11:00 a.m. on Friday, June 26, at Breckenridge Lutheran Church, followed by the funeral service at 11:00. Pastor Mark Manning will be officiating. The interment will be Fairview Cemetery in Erskine, MN, at a later time.
Ralph was born on June 19, 1934, one of 4 children born to Earl and Emma (Johnson) Viall in Erskine, MN. He grew up and attended school in Erskine, graduating from high school in 1952. Ralph served his country as a soldier in the US Army from 1953-1955, spending most of his duration in Germany. On June 17, 1956, he married Beverly (Clementson) and they were blessed with two children, Cynthia and David.
Following his discharge from the Army, Ralph worked in Gully, MN, as an auto mechanic. Then from 1957 to 1959, he attended North Dakota State School of Science in Wahpeton, ND, in their Auto Mechanic program. At that juncture, he went back to Erskine and started Viall's Auto Repair. Ralph was asked to return to his alma mater in 1964, this time as an instructor. During his tenure at NDSCS, he and a colleague were instrumental in getting the two year diesel program up and running. Ralph inspired students at the college for 27 years.
After his retirement in 1991, he and Beverly enjoyed many memorable years together camping, traveling, and entertaining family and friends. Subsequent to Beverly's passing in 2002, Ralph continued to spend his leisure time at the family lake home in Minnesota and traveling. Ralph often invited widows and widowers into his home for a game of cards, and his famous soup, homemade doughnuts, or lemon pie. He was a skilled woodworker and a meticulous silver smith and was gratified to make jewelry and various wood crafts for his family and friends. Ralph was a long time member of the Breckenridge Lutheran Church.
On August 16, 2003, Ralph was united in marriage to Shirley Fernandez. They traveled extensively in their motor home for several years and developed many lasting friendships both in the United States and Canada. In 2013, they purchased a park model home in Mesa, Arizona and had wintered there since.
Ralph is survived by his wife, Shirley of Breckenridge; his two children, Cynthia (Ken) Hejl of Arthur, ND and David (Sherry) Viall of Rapid City, SD; his 4 granddaughters, Christia (Cody) Weckerly, Arica (Jesse) Ham, Joran Viall (fiancé, Mike Stetson), and Britt Viall; 3 great-grandchildren; and a brother-in-law, Bob Lerfald. In addition, he is survived by two step-sons, Steve (Julia) Fernandez and Greg (Joyce Voss) Fernandez; 7 step-grandchildren and 4 step-great-grandchildren. Ralph is preceded in death by his first wife, Beverly Viall; his parents, Earl and Emma Viall; his step-mother, Lottie Viall; his brother, Lee; his 2 sisters, Marcella and Lola; and a step-son, Brian Fernandez.
To order memorial trees or send flowers to the family in memory of Ralph Viall, please visit our flower store.