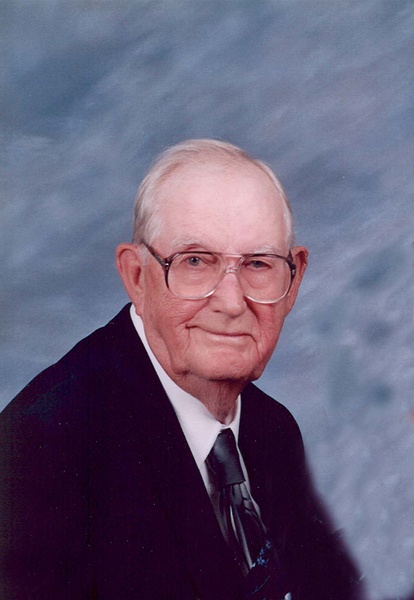 Ramon “Ray” Springer, 83, of passed away on Sunday, September 6, 2009 at his residence under the care of Riveredge Hospice after a short battle with cancer. Funeral services will be on Thursday, September 10, 2009 at 10:30 AM at the , with Pastor Michael Ward officiating. Visitation will be on Wednesday, September 9, 2009 from 4 PM to 7 PM with a prayer service at 7 PM at Joseph Vertin & Sons Funeral Home, . There will also be visitation one hour prior to the service at the church. Interment will be at , .

Ramon “Ray” Springer was born on March 18, 1926 in to Lynn and Agnes (Aarfor) Springer. He grew up on the family farm near . He attended country school in and graduated from in 1944.

Ray was united in marriage to Lois Lelm and to this marriage was born two sons, Lyle and Dale. They moved to where he was a roofer. Later they moved to where he spent the rest of his life. Ray worked for a short time for the Great Northern Railroad as a fireman and did roofing work. He purchased his first truck, a Diamond T, and went to work as an owner-operator truck driver, leasing to Gerald N. Evenson Trucking out of Pelican Rapids, MN.

In 1973, Ramon married Sandy Thiele Barton and helped raise her two sons, Brian and Jason Barton. Between hauls, Ray would come home and the family would spend the weekends at various lake rentals around . They finally settled in their own cabin on Wall Lake Point near and spent many summers there.

Ray “retired” from trucking in the late eighties but continued to drive for ten seasons for American Drivers at Minn-Dak Coop in Wahpeton.

Ramon was a member of the . He enjoyed fishing, woodworking, especially projects for his family, and his backyard flower garden where he was known to share a beautiful rose with friends.

He was preceded in death by his parents, Lynn and Agnes Springer, and his son, Dale Springer.

To order memorial trees or send flowers to the family in memory of Ramon Springer, please visit our flower store.