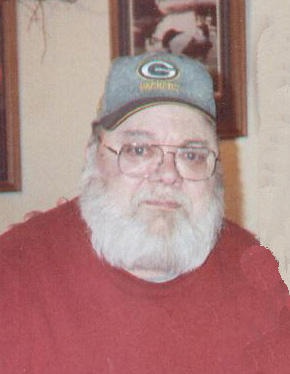 Raymond was born on September 25, 1935 to Henry and Adeline (Castle) Underberg in Kent, MN. He grew up in Kent, attending school in Wild Rice, ND and graduating from St. Francis Academy in Hankinson, ND. Following graduation, Raymond joined the US Army and served his country for 3 years; stationed in Fr. Sheridan, IL. He was united in marriage to Angie Grom on July 4, 1959. He worked for St. Theresa Hospital in Waukegan, IL; first in grounds maintenance then in plant maintenance. He spent many years with his special friend Veronica Bruckner.
He retired in 1999 and soon after, moved in with his son Harry in Poy Sippi, WI.

An avid outdoorsman, Raymond loved to hunt and fish and spending time at Lake Lida, MN. He enjoyed woodworking and family gatherings. His loyal dog, Buddy, was a constant companion.
Raymond was a member of the Catholic Order of Foresters, Muskie Hall of Fame in Hayward, WI, and Holy Name Society of St. Anastasia.

Raymond is preceded in death by his parents Henry and Adeline; his sister Theresella; and one brother, Kenneth, in infancy.
To order memorial trees or send flowers to the family in memory of Raymond Underberg, SR, please visit our flower store.