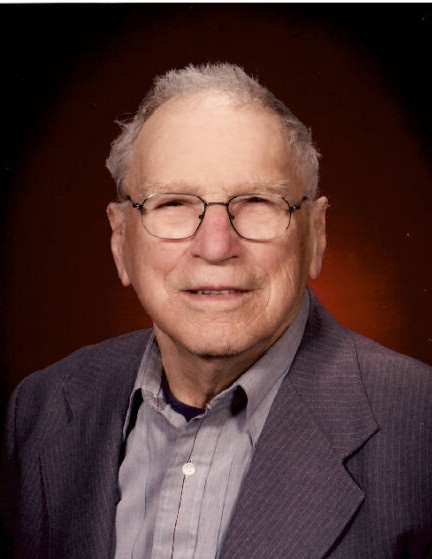 Raymond "Ray" Sorgenfrey, age 96, of Breckenridge, MN, passed away on Monday, August 8, 2022, at his residence under the care of West Central Community Services. His memorial service will be held at 5 pm, Monday, August 15, 2022, with a visitation one hour prior to the memorial service at Joseph Vertin and Sons Funeral Home, Breckenridge. Pastor Carlos Huizar will be officiating the services. Burial will be held at a later date. Arrangements have been entrusted to Joseph Vertin and Sons Funeral Home.

Raymond, affectionately known as “Ray,” was born in Hallock, MN, to Fred Sorgenfrey and Eva (Schmiedberg) Sorgenfrey on May 25, 1926. After his formal education, he worked for his grandfather on the family farm until grandpa passed away. While working with his grandpa, he prided himself in his care of the farm workhorses which were comprised of three teams with specially given names, Nig & Ned, King & Scotty, and Pearl & Babe. Ray used his teams of horses to haul ice, 3 ft x 3 ft from the Red River, to be sold for profit along with cords of wood. He then lived and went to work for Orvis and Lillian, and later, Gary and Debbie Burhans as a general laborer on their farm. He also worked at Elmer’s Steakhouse in Doran, working closely with Elmer and Ray Schuster who knew Ray for dancing with anyone willing to partner up. During that time, Ray would ride his red, Kawasaki motorcycle (that only went 20 MPH) from Doran to Ottertail Lake…without a driver’s license. In 1995, Ray moved into town and made his home at Park Manor. He started work with George Colvert learning the trade of beekeeping. He also mowed residential lawns in the community and worked at the Eagle’s in Breckenridge.

During the Christmas holiday, he enjoyed spending time with his sister and the Burhans family. Always wishing there were more opportunities to gather, Ray always looked forward to family reunions; he was an incredible uncle and took pride in watching his nieces and nephews grow up. He could typically be seen wearing his signature, rainbow suspenders. Ray and his closest friend, Lenny Shereck, enjoyed many adventures off the beaten path. Together they loved playing cards together, swimming, collecting souvenirs for one another, and playing bingo.

To order memorial trees or send flowers to the family in memory of Raymond "Ray" Sorgenfrey, please visit our flower store.
Open