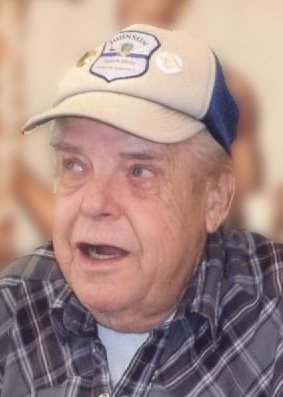 Richard Lee Kropp, 74, of Wahpeton, ND, passed away on July 9, 2015, under the care of CHI Hospice, at St. Catherine's Living Center in Wahpeton. The visitation will be from 1:00-2:00 PM, on Thursday, July 16, followed by the Memorial Service at 2:00PM, at Joseph Vertin & Sons Funeral Home in Breckenridge, MN. Pastor Anthony Ahrendt will be officiating. The interment will be at Fairview Cemetery in Wahpeton.
Richard was born in Park Rapids, MN on December 13, 1940, one of three children born to Ray and Beatrice (Shebeck) Kropp. At the age of five, the family moved to Wahpeton, where Richard attended school. Following his graduation from Wahpeton High School, he enlisted in the US Army and served his country for four years. After his military service he returned to Wahpeton and worked various jobs throughout the community. In 1977, Richard met Judy Miller, his sweetheart and treasured companion for 38 years.
Richard was a straightforward man who enjoyed the simple things in life. He loved to take leisurely day trips where he could view the countryside. As a skilled woodworker, Richard often retreated to his man cave to craft things for his family and friends. The pastime that brought him the most joy was playing his remote control cars with his grandson, Cash.
Richard is survived by his companion, Judy Miller of Wahpeton, ND; his two sons, Rick (Steph) Kropp of Breckenridge, MN and Brent (Amber) Kropp of Barnesville, MN; his daughter, Lonnie (Vincent Roth) Barnhill of Fargo, ND; his seven grandchildren, Zach Kropp, Miranda (Blair) Miranowski, Allison (Jake) Erickson, Tyler Kropp, Kelsey Martin, Beau Lawrence, and Cash Kropp; his four great- grandchildren, Paityn Miranowski, Spencer Kropp, Carter Miranowski, Skylar Miranowski, and coming soon, Austin Erickson; his brother David (Ginger) Kropp of Fergus Falls, MN; and one nephew and three nieces. He was preceded in death by his parents, Ray and Beatrice; his sister, Joann Nelson and her husband Jerry; and his niece, Beth Wentworth.
To order memorial trees or send flowers to the family in memory of Richard Kropp, please visit our flower store.