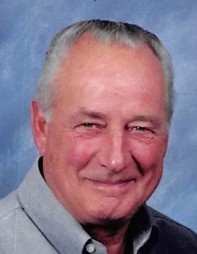 Richard was born in Breckenridge, MN, on September 13, 1939, to Wilfred and Dorothy (Hafner) Schmitt. After his formal schooling, he began working at Schweitzer’s Flax straw plant in Breckenridge and later, he was a delivery driver for Park Grant Groceries in Wahpeton. He was then a journeyman electrician for Twin City Electric, Wahpeton.

On June 16, 1962, Richard was united in marriage to Shirley Nygaard at St. Mary’s Catholic Church in Breckenridge. The couple made their home in the town that raised them, Breckenridge, and were blessed with two sons, Scott and Timothy. In 1983, Richard was employed at the North Dakota State College of Science as a carpenter before becoming a project coordinator for the college. In 2012, Richard and Shirley began their retirement in rural Breckenridge.

Throughout his life, Richard appreciated the outdoors and relished the time spent making memories during hunting and fishing trips. He continued to work on construction projects with Schmitt and Sons Construction during his retirement and kept up with his favorite western shows on the television. Ultimately, his greatest joy was found watching his grandchildren grow up and spending time with his family and friends.

He was preceded in death by his parents, Wilfred and Dorothy Schmitt; grandson, Michael Schmitt; and siblings, Tommy Schmitt, Barbara Devlin, and Carol Bakken.

Funeral arrangements have been entrusted to Joseph Vertin and Sons Funeral Home in Breckenridge.

To order memorial trees or send flowers to the family in memory of Richard Schmitt, please visit our flower store.