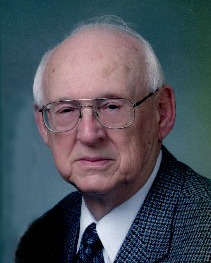 Robert John Meindl, affectionately known as "Bob," age 91, of Breckenridge, Minnesota, passed away on Thursday, December 29, 2022, under the care of St. Catherine's Nursing Home and CHI-Health at Home and Hospice. Visitation will be held from 4 p.m. to 6 p.m., Tuesday, January 3, 2023, with a prayer service at 6 p.m., at Joseph Vertin and Sons Funeral Home, Breckenridge. The funeral Mass will be held at 11 a.m., Wednesday, January 4, 2023, at St. Mary's Catholic Church, Breckenridge. Father Leo Moenkedick will be officiating the prayer service and funeral Mass. Burial will be held in the spring at Riverside Cemetery, Breckenridge. Arrangements have been entrusted to Joseph Vertin and Sons Funeral Home.

Bob Meindl was born on April 12, 1931, to John and Margaret (Roiger) Meindl in Springfield, MN. He was raised in Springfield where he would graduate high school. He soon after enlisted into the United States Army. On September 5, 1953, he married the love of his life, Deane Hammett, in Red Wood Falls, MN. Bob would then go to Mankato State University and work at Mankato Engineering. He soon received his Master’s Degree in education. Bob and his family eventually resided in Breckenridge, MN. He served as Superintendent of Breckenridge High School for many years until his retirement in 1988.

He was preceded in death by his parents, John and Margaret; and his siblings, Vince and Dorothy Meindl.

To order memorial trees or send flowers to the family in memory of Robert "Bob" John Meindl, please visit our flower store.