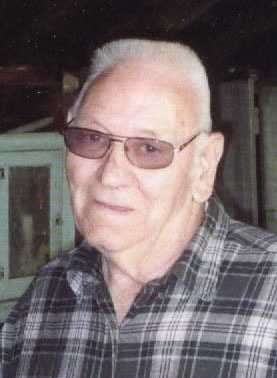 Robert Howard DeVine, 91, of Breckenridge, MN, passed away at CHI St. Francis Hospital in Breckenridge, MN. The visitation will be from 9:00 a.m. to 9:45 a.m. on Friday, October 23, followed by the funeral service at 10:00 a.m. at United Methodist Church in Breckenridge. The interment will be at Riverside Cemetery in Breckenridge.
Robert "Bob" DeVine was born on January 26, 1924 to Howard and Laura (Friederichs) in Breckenridge. After his schooling, he remained on the farm to help out his family. On May 23, 1942, Bob was united in marriage to Harriet Olson, in Barnesville, MN. For a short time they lived on the DeVine family farm, and then they made their home east of Breckenridge. He worked various jobs in the area including, BMW Fleet, Sturdevant's Auto Parts, and Scheel's Hardware Store. He then started his own business called DeVine Drain and Sewer Cleaning, which in time was proudly taken over by his son, Mark. Harriet passed away on February 2, 1998 and shortly thereafter, Bob moved into Breckenridge.
Bob often used to say, "I've had a wonderful life. If I had my life to live over again, I wouldn't change a thing." There were many special people that contributed to his quality of life and among them were his wife and children, his coffee buddies, and his granddaughter, Callie, who formed a strong bond with her grandpa from little, on.
Bob will be missed by his children, Wanda Leiter of Spring, Texas, Gary (Sonya) DeVine of Dent, MN, Dale (Cathy) DeVine of Fargo, ND and Mark (Marsha) DeVine of Breckenridge; 10 Grandchildren; 12 great-grandchildren, and 2 great-great grandchildren. He is preceded in death by his parents, Howard and Laura; his wife, Harriet; his two brothers, Kenneth and Harold and an infant sister.
To order memorial trees or send flowers to the family in memory of Robert DeVine, please visit our flower store.