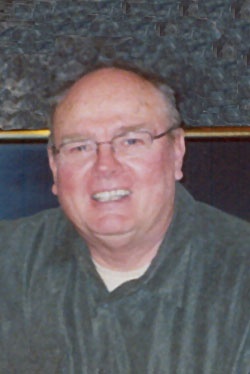 Burial will be at St. Mary’s Cemetery, Breckenridge.

Robert Lee Dohman was born December 5, 1941 in , the son of August and Catherine (Neiber) Dohman. He grew up on the farm south of Breckenridge and attended school in . On August 6, 1960, Bob married Marilyn Erickson. They made their home west of Doran, MN, where they raised their children and farmed wheat, soybeans, sugar beets, corn and sunflowers. In 2002 they moved into Breckenridge and Bob continued farming. He always had a great love for the land and was never afraid of trying new technologies.

Bob was not only a loving and supportive father and grandfather, but also a respected member of the community. He believed in the importance of a man’s word and his handshake. He was the A--#1 taste-tester at the Northern Grille; a member of the quality control patrol at Todd’s welding; and the best dang combine operator around.

Bob and Marilyn have many special memories of camping with their kids and friends. In the more recent past they have enjoyed traveling with friends, especially their trip to and also the Gulf Coast of Alabama.

Bob is a member of St. Mary’s Catholic Church. He will be remembered most for his love of family, friends and farming.

To order memorial trees or send flowers to the family in memory of Robert Dohman, please visit our flower store.