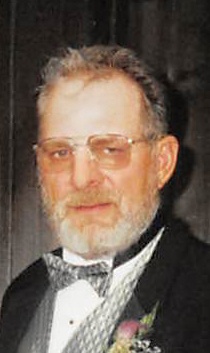 Robert Arthur Krause was born on March 30, 1941, in Breckenridge, MN, the son of Arthur and Hilda (Joos) Krause. He was raised on the family farm west of Tenney, MN with his two brothers, Charles and Ron Krause. For a time, they attended the country school near their farm. Robert later attended grade school in Tenney and in 1959, he graduated from Campbell High School along with his classmates. After graduation, he began working on the family farm. While keeping up with his farm duties, Robert helped out at the White Feather Hatchery in Fairmount.  Later, he worked at Philip’s Fur and Wool Company in Wahpeton, ND.

In 1961, Robert decided to join the United States Army. He proudly served his country among many brave men and women and in 1963, was honorably discharged.  Upon his return home, he resumed work on the family farm with his father, Art Krause.

On September 17, 1966, Robert was united in marriage to Ruth Wark in Breckenridge. The newlyweds made their home together on the farm west of Tenney where they continued to live and work until retiring in the early 2000’s. Robert’s family claims he never actually retired. He had a passion for working hard and even in his “retirement”, he stayed busy by holding different offices in the Breckenridge Gideon Camp. Robert valued his community, but his pride and joy was his family. He loved hunting deer and fishing with his sons and grandsons. He and Ruth especially enjoyed selling produce at the Farmer’s Market in Fergus Falls, MN and attending Faith, Hope and Love Church in Moorhead, MN.

Robert is preceded in death by his parents, Arthur and Hilda (Joos) Krause.

To order memorial trees or send flowers to the family in memory of Robert Krause, please visit our flower store.