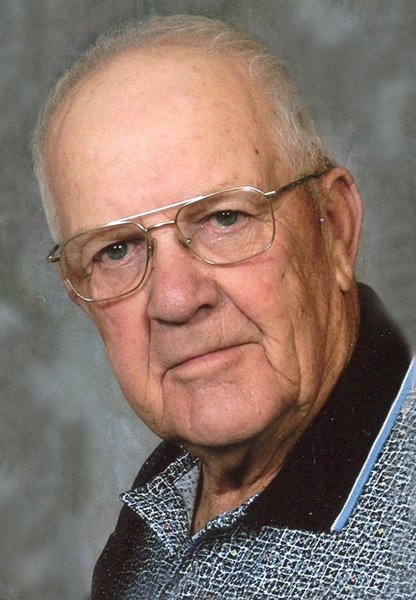 Robert L. Miller, age 84, of Breckenridge, Minnesota, passed away on Sunday, March 15, 2015 at St. Catherine's Living Center in Wahpeton, North Dakota. The funeral service will be at 11:00 A.M. on Wednesday, March 18, 2015 at Breckenridge Lutheran Church in Breckenridge, with Pastor Mark Manning officiating. There will be a visitation one hour prior to the service at the church. Burial will be at Riverside Cemetery in Breckenridge. Joseph Vertin and Sons Funeral Home in Breckenridge is assisting the family.
Bob was born on December 11, 1930 in Wahpeton, ND to Leo and Mae (Zimmerman) Miller, and grew up on the family farm near Kent. Bob married Josie M. Andel on November 4, 1949 at Breckenridge Lutheran Church. They purchased their own farm near Kent, and together with Bob's brother, Edward, continued farming until their retirement in 1994, at which time they moved into Breckenridge.
After retirement, Bob worked part-time maintaining Riverside Cemetery in Breckenridge, and also worked for Mike and Dennis Hasbargen. He thoroughly enjoyed farming with them, being able to "leave the farming in the field" at the end of the day. Bob was a member of Breckenridge Lutheran Church, the Eagles Club, and the Farm Bureau. He enjoyed visiting with folks, especially coffee with friends. Bob was an avid sports fan, taking in many area softball games and cheering on the Cowboys. Bob and Josie took pleasure in traveling, and spent 15 winters in Texas. Bob will be fondly remembered for his delightful sense of humor.
Bob is survived by his wife, Josie, of Breckenridge; 2 children, Rod (Julie) Miller, of Little Falls, MN; and Tammy (Ron) Huard, of Dilworth, MN; 2 grandchildren, Tara (Kevin) Jordan, of Little Falls, MN; and Nate (Mellissa) Miller, of St. Joseph, MN; 3 great-grandchildren, Taylor and Brayden Jordan, and Jack Miller; Brother, Edward (Diane) Miller, of Wolverton, MN; and 2 sisters, Irene Long of Pickerington, OH, and Bette (Marvin) LeNoue, of Watertown, South Dakota. He was preceded in death by his parents, Leo and Mae.
In lieu of flowers, the family requests memorials.
To order memorial trees or send flowers to the family in memory of Robert Miller, please visit our flower store.