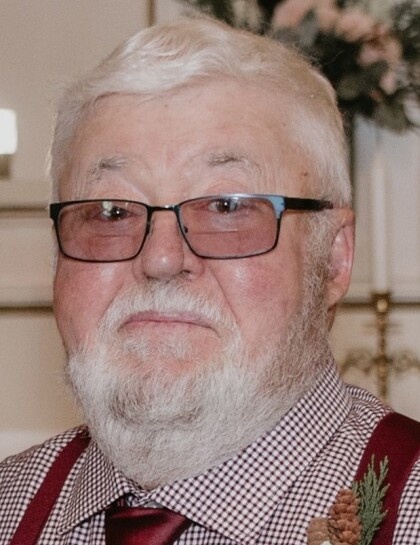 Robert “Bob” Bellmore, 82, of Breckenridge, MN, passed away on Saturday, January 22, 2022, at St. Catherine’s Living Center in Wahpeton, ND, under the care of CHI Health at Home Hospice and surrounded by his loving family.  Visitation will be held on Wednesday, January 26, 2022, from 4:00 pm to 6:00 pm, followed by a prayer service at 6:00 pm at Joseph Vertin and Sons Funeral Home in Breckenridge.  Visitation will continue at St. Mary’s Catholic Church, Breckenridge, on Thursday, January 27, 2022, from 9:30 am to 10:30 am, followed by his Mass of Christian Burial at 10:30 am.  Burial will be held at St. Thomas Catholic Cemetery in Kent, MN.  Masks are required to be worn at the church.  A live stream of his services will be available on his obituary page on the funeral home’s website.  Arrangements are entrusted to Joseph Vertin and Sons Funeral Home.

Robert Ira Bellmore, affectionately known as “Bob,” was born on September 17, 1939, to Ira and Catherine (Underberg) Bellmore in Breckenridge, MN.  He grew up in Kent, MN, and attended country school there, which was right down the road from their farm. At a young age, Bob began helping his dad on the farm, was also very involved in 4-H, and enjoyed raising cattle.  Bob attended Abercrombie High School, Abercrombie, ND, and graduated in 1958.

On November 29, 1962, Robert was married to Ruth Grenier at St. Mary’s Catholic Church in Breckenridge.  They made their home on the family farm where they raised their three children, Brice, Belinda, and Blaine.  Throughout the years, Bob farmed, drove school bus and later, charter bus, owned Breckenridge Meat Processing, and worked at Cenex in Breckenridge, retiring in 2007 after over 25 years of service.  He and Ruth moved to Breckenridge in 1985 where he has since resided.

After his retirement, Bob especially enjoyed hunting, fishing, and spending time at the lake with his friends and family.  He also enjoyed helping Brice on the farm, helping Belinda and Blaine on their houses, riding the train, attending auction sales, sharing his woodworking projects with many people, and flapping his jaws with Rondo at the bus shop, at Cenex, and Econo.  Bob was always willing to visit with anyone, was very dependable, and was a very devoted grandpa, attending every activity that he could.  He was a member of St. Mary’s Catholic Church, the Catholic Order of the Foresters, the Roberts Township Board, the Wolverton Community Board, and was also a 4-H and Cub Scout leader.

He was preceded in death by his wife, Ruth Bellmore; his parents, Ira and Catherine Bellmore; his brother-in-law, Mike O’Keefe; and his nephews, Tony and Tim O’Keefe.

In lieu of flowers, donations can be made to CHI Health at Home Hospice.

Due to difficulties with the live streaming technology, the Mass of Christian Burial will be recorded and uploaded immediately after the service.

To order memorial trees or send flowers to the family in memory of Robert "Bob" Bellmore, please visit our flower store.