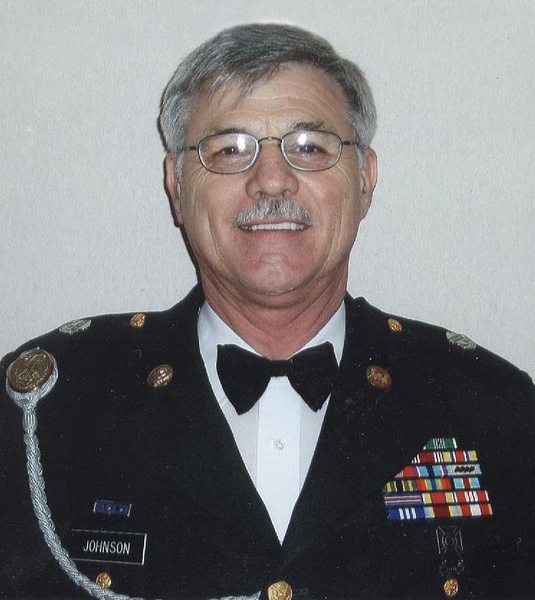 Roger Bruce Johnson, 63, of rural Breckenridge, MN, died at his home on Wednesday, December 31, 2014. The visitation will be at Joseph Vertin & Sons Funeral Home in Breckenridge on Sunday, January 4, from 4:00 to 7:00 PM with a prayer service at 5:30. The Mass of Christian Burial will be at St. Mary's Catholic Church in Breckenridge on Monday, January 5, at 10:00 AM. Father Joseph Backowski will be celebrating the Mass. The interment will be at St. Mary's Catholic Cemetery.
Roger was born on May 31, 1951 to John O. and Amy Jean (Cook) Johnson in Moorhead, MN. He grew up in Downer, MN, and attended school in Barnesville, MN, graduating in 1969. He attended Alexandria Tech for one year, and then enlisted in the US Army. He was stationed in Germany. Upon his return, Roger continued to serve his country in the ND Army National Guard for another 25 years. He retired as a Sergeant Major.
After his military service in Germany, Roger returned home to Minnesota and worked construction for a short time, then enrolled in NDSSS. On June 7, 1975, he was united in marriage to Pam Abel, at St. Mary's Catholic Church. The couple lived in various locations before settling in Breckenridge. Roger worked for AAA, then Sigco Research. Changing his career direction, he became a certified Finance Planner through the College of Denver. Presently, he was working for Raymond James in Fargo, ND. He was an active member of St. Mary's Church, the American Legion, the local Eagles Club, the VFW, and the Disabled Veterans. He was also the treasurer of the ND National Guard Enlisted Association. In addition, He was a Connelly Township supervisor, and served on the board at the Valley Lake Boys Home.
Roger looked forward to relaxing at the lake with family and friends. He loved to be outdoors, whether it was hunting or fishing, or working on his meticulously groomed yard. He was a shoot-the-breeze kind of guy who loved to be around people. He built his business and reputation on a hand shake and the genuine concern for people. As a devoted husband, and a proud father and grandfather, his crowning glory in life was his family.
Roger is survived by his wife, Pam of Breckenridge; his 2 daughters, Nikki (Darren) Fick of Eden Prairie, MN, and Jami (Eric) Deal of Edina, MN; his 7 grandchildren, Kyler, Macy, and Brody Fick and Ethan, Dylann, Lauren, and Alexa Deal; his brother, Al (Laura) Johnson of Glyndon, MN; 3 sisters, Sandra (Terry) Ysteness of Downer, MN, Stacia ( Mark) Erdmann of Moorhead, MN, and Pat (Mark) Cox of Barnesville, MN; mother and father-in-law, Lois and Francis Abel; 4 brothers-in-law, Tom (Mary) Abel, Mike (Cindi) Abel, Robin Abel, and Dan Abel; a sister-in-law, Sue (Kellan) Pauly; and many nieces and nephews.
He was preceded in death by his parents, John and Amy Jean.
In lieu of flowers, the family requests memorials be made to the Disabled Veterans, or the Veterans Home in Lisbon, North Dakota.
To order memorial trees or send flowers to the family in memory of Roger Johnson, please visit our flower store.