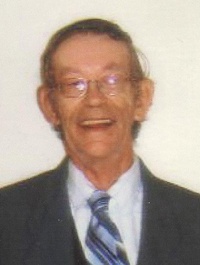 Roger William Schimmel, 74, of Breckenridge, MN, passed away in his home, Friday, July 11, 2014. There will be a visitation at the United Methodist Church in Breckenridge on Tuesday, July 13, from 6:00 to 7:00pm, followed by a prayer service at 7:00. The visitation will continue at the church on Wednesday, July 16, from 1:00 to 2:00PM followed by the Celebration of Life Service at 2:00. Pastor Mark Gronseth will be officiating. Interment will be at Norfolk Cemetery in Drake, ND.
Roger was born on May 18, 1940, the eldest of 2 sons, born to Melvin and Edna (Stolt) Schimmel in Drake, ND. He graduated from Anamoose High School, Anamoose, ND in 1959. Roger worked on the family farm until he entered the US Air Force in 1963. He was stationed at Amarillo, TX and Denver, CO until his honorable discharge in 1967. Following the military, he attended NDSCS for Diesel Mechanics, and was proud of the fact that he also obtained certificates in Parts Management, Plumbing, and Sheet Metal. Roger was blessed to be a man of many skills and thus diversified in his career choices. He was employed as a diesel mechanic. For a time, he owned his own service garage. He also worked in lumber yards, grain elevators, service garages, and later in his life, served 15 years as his church custodian.
On October 3, 1981, Roger was united in marriage to Mary Lou Stavem. The couple resided in Milnor, ND, then Balta, ND, Rugby ND, and finally in the Wahpeton/Breckenridge area. His family and God were very important to him. He taught Sunday School and sang in the choir for many years. He was an active member of the Breckenridge Senior Citizen Center, the United Methodist Church in Breckenridge, "A Place for Friends", and the VFW.
Roger is survived by his wife, Mary Lou Schimmel of Breckenridge, MN; his son, Allen (Kristen) Schimmel of Harwood, ND; his grandchildren, Riley and Bodee; his brother, Gary Schimmel of Anamoose, ND; his step-children, Larry, Ralph, and Matthew (Mysti); his step- grandchildren, Lisa, Shayla, Elizabeth, and Aubrey. He is preceded in death by his parents, Melvin and Edna.
To order memorial trees or send flowers to the family in memory of Roger Schimmel, please visit our flower store.