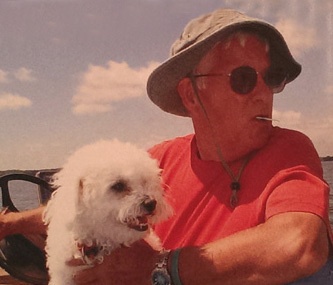 Ronald Foss, 72 of Perham, MN died Saturday, August 24, 2013, at home. Memorial services will be 1:00 p.m., Friday, August 30, at United Methodist Church in Breckenridge, MN and Sunday, September 8 in Pierre, SD.
Ron was born July 19, 1941, the son of Arthur and Delia (Smestad) Foss. He grew up in Hatton, ND, attended college at North Dakota State College Science, Wahpeton, ND. He married Linda Rothwell in 1963. They made their home in Pierre, SD, before relocating to Perham, MN in 2012.
Ron put himself through school fighting fires in Idaho. He worked for K&L Electric until he was drafted into the United States Army in 1966. He returned to Pierre to work as a draftsman for the DOT until taking a job with the Corps of Engineers at the Oahe Dam, where he worked until retiring as Superintendent in 2002.
Fondly referred to as Poppie, he loved his family above all, and was their biggest encourager through all things, sharing his patience and wisdom. He could fix anything, solve any problem and was the "go-to-guy". The resounding motto was: "Ask Poppie". He was a good man and those who called him husband, father, grandfather and friend were truly blessed. Our world will have a hole without him.
He will be remembered as a walleye fishing enthusiast, golfer and the one the family dogs loved most (because he loved them the most). He gave a wild tube ride on the lake and looked forward to the early morning berry picking excursions with his daughter Julie. His granddaughter Madison remembers Poppie as the best grandpa in the world who made her feel special and always put others first. He is her hero. Grandson, Jake's fondest memories are of stubby rubs, early morning tv time, coffee breaks, and war stories.
He was truly one of the good guys.
Ron is survived by his wife, Linda of Perham; his daughter, Julie Frank and her husband Steve; his grandchildren, Madison Kate and Jake Ronald Frank, all of Bismarck, ND.
To order memorial trees or send flowers to the family in memory of Ronald Foss, please visit our flower store.