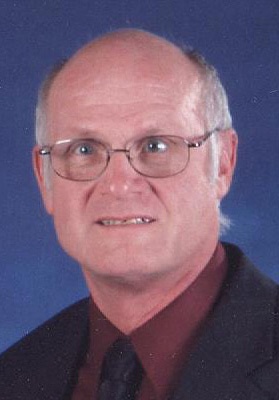 Ronald John Leinen, 62, of Moorhead, MN, formerly of Breckenridge, MN, passed away in his home on Wednesday, April 1, 2015. The visitation will be from 9:30 to 10:30AM, on Saturday, April 11, at St. Mary's Catholic Church in Breckenridge, followed by the Mass of Christian Burial at 10:30AM. Father Joseph Backowski will be the Celebrant. The interment will be at Calvary Cemetery in Wahpeton, ND.
Ron was born on February 5, 1953, in Breckenridge, MN, one of three children born to Raymond and Rita (Pausch) Leinen, Sr. He began his education at St. Mary's Catholic School in Breckenridge, and then completed the four years of high school at Breckenridge Senior High, graduating in 1971. Following high school, Ron joined his father on the family farm. They maintained a small grain and livestock farm, which included registered Black Angus and horses. In 1973, Ron earned the notable FFA award of American Star Farmer.
In November of 1972, Ron was united in marriage to Sharon Wolter at St. Mary's Catholic Church. They made their home and raised their three children in Breckenridge. Ron meshed farming, with driving school bus and substituting as a rural mail carrier. He farmed until 1991, and then was employed as a truck driver with various companies and as the custodian at St. Mary's. He served on the Breckenridge Township board as an officer, was a dedicated member of St. Mary's Catholic Church, and belonged to the local Toastmasters. In his spare time, Ron loved to ride horse, play cards, and was blessed to be able to do quite a bit of traveling.
Ron is survived by Sharon Leinen of Breckenridge, MN; his children, Heidi (Heath) Fossen of Madison, WI, and their daughter, Olivia; Eric (Jaime) Leinen of Minneapolis, MN, and Heather (Adam) Voorhees of Apple Valley, MN; his sister, Karen Engstrom of Wahpeton, ND; and several nieces and nephews. He is preceded in death by his parents, Raymond and Rita; his brother, Raymond, Jr.; and his brother-in-law, Dr. Perry Engstrom.
To order memorial trees or send flowers to the family in memory of Ronald Leinen, please visit our flower store.