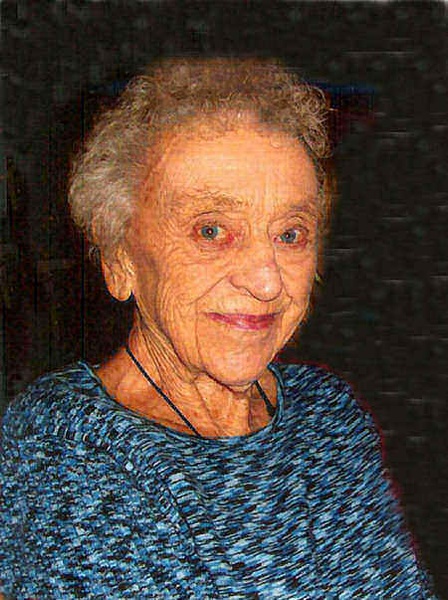 Ruth was born on May 6, 1925 to Phillip and Margaret (Geister) Boll in Breckenridge, MN where she grew up and attended school. She was part of the Drum and Bugle Corps while in High School. After graduating in 1943, Ruth trained as a cadet prior to the conclusion of World War II. She then went on to Jamestown College of Nursing and obtained a degree as a Registered Nurse. She returned to her hometown of Breckenridge and began working at St. Francis Hospital. Ruth was united in marriage to Irvin Mortensen on April 10, 1948. They made their home and raised their four children in Breckenridge. Ruth retired from nursing in the late 1970's. Irvin preceded her in death on March 15, 1987.
Even though Ruth retired from nursing she didn't retire from living. She spent many hours as a dedicated volunteer at St. Francis Nursing Home. She was active in the women's golf and bowling leagues and loved to play cards. Ruth enjoyed the serenity of being in the open air and spent as much time as she could outdoors. She valued her family and cherished the laughter woven into their time spent together. She will be greatly missed by her family and friends.

Ruth's family would like to express their gratitude to the staff at IMA Healthcare, Sanford Hospital, Sanford Palliative Care, and Marlys Hays for their exceptional care.

Ruth is preceded in death by her parents; her husband Irvin; her sisters Mary Margaret in infancy and Frances Antrim; her brothers Theodore, Philip, and James Boll.
To order memorial trees or send flowers to the family in memory of Ruth Mortensen, please visit our flower store.