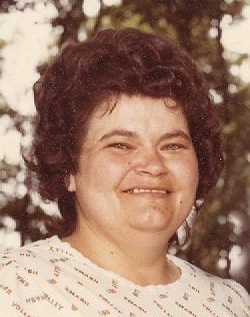 Sandra (Stach) Miller, 65 of Rochester, WA formerly of Breckenridge, MN died peacefully at home Friday, August 2, 2013. Visitation will be held at Joseph Vertin and Sons Funeral Home in Breckenridge, MN from 5:00 to 7:00PM on Wednesday, August 7 with a Memorial service at 7:00 and Kristi Bivens officiating. The interment will be at St. Thomas Cemetery at a later date.
Sandy was born on March 26, 1948 to Evelyn (Fobes) and William Stach in Breckenridge, MN. She grew up on the family farm near Wolverton, MN and attended country school near the homestead through eighth grade. She graduated from Breckenridge High School in 1966 then attended business school in Fargo. Sandy moved to Seattle, WA in 1968 and lived with her Uncle and Aunt, Leo and Violet Stach. She worked at various jobs in the Seattle area and it was there where she met and married Mike Miller. Mike preceded her in death August 10, 2001.
Sandy enjoyed playing cards and bingo, crocheting and sewing, and surfing on her computer, she cherished time with her family and friends. Sandy will be dearly missed by her family and friends.
Sandy is survived by her son Mike (Melissa) Miller of Washington, three grandchildren Corbin, Alexa and Hayden; brother Bill (Marion Anderson) Stach of Fergus Falls, MN; her sisters Jean (Jerry) Russell of Lake Park, MN and Sue (Jeff) Rasmussen of Barnesville, MN; nieces and nephews, Brian (Denise Hitterdal) Stach, Shelli (Rob) Staiger, Amanda Martin, Samantha Searles (Doug Olson) Rebecca (Brad) Christensen, Dave (Kelli) Russell and Heidi Rasmussen.
Sandy is preceded in death by her parents Evelyn and Bill Stach; her husband Mike and her sister Peggy.
To order memorial trees or send flowers to the family in memory of Sandy Miller, please visit our flower store.