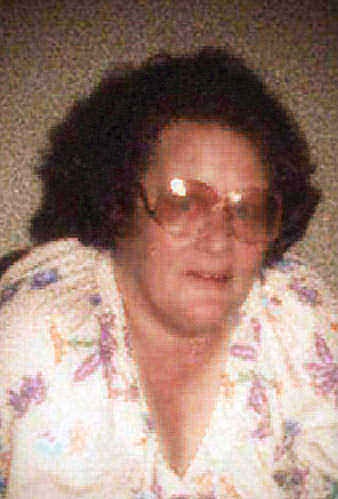 Sharon Adele Wanous, 70 of Wahpeton, ND passed away Thursday, May 2, 2013 at St. Francis Nursing Home in Breckenridge, MN. The funeral will be 10:00AM Wednesday, May 8 at Breckenridge Lutheran Church. The visitation will be one hour prior to the funeral from 9 to 10:00AM at the church. Pastor Mark Manning will be officiating. Interment will be in Montana at a later date.
Sharon was born May 17, 1942 in Plentywood, MT to Howard and Garnette (Lindell) King. She grew up on her parent's ranch in NE Montana. She attended school in the Plentywood area. She married Ronald Wanous then moved to Minnesota in 1969, where she was a housewife and mother on a dairy farm. In 1986, she moved back to Montana, this time picking up residency in Billings. She attended Rocky Mountain College and received an Associate's Degree in Dietary Management, graduating in 1992. Her first post college job was as a dietary manager at Ponderosa Pines Nursing Home in Billings. She was promoted several times within the company, most recently working in Brookings, SD. She retired in 2004, then two years later moved to Wahpeton, ND to be close to family.
Sharon enjoyed cooking, tap dancing, baton twirling, and reading romance novels and cooking books. She valued the time she spent with her family and friends.
Sharon is survived by her children Cindy Marlowe of Staples, MN, Curt (Nickie) Wanous of Breckenridge, MN, Robert Wanous of Norman, OK, Sam Wanous (Christa Hickenbotham) of Redfield, SD, Mike Wanous (Jona Honkanson) of Huron, SD, and Theresa Wanous of Billings, MT; her 15 grandchildren and 9 great-great grandchildren; several nieces, nephews and cousins.
Sharon is preceded in death by her parents Howard and Garnette; her brother Daniel King; and two daughters Anita in infancy and Tammy.
To order memorial trees or send flowers to the family in memory of Sharon Wanous, please visit our flower store.