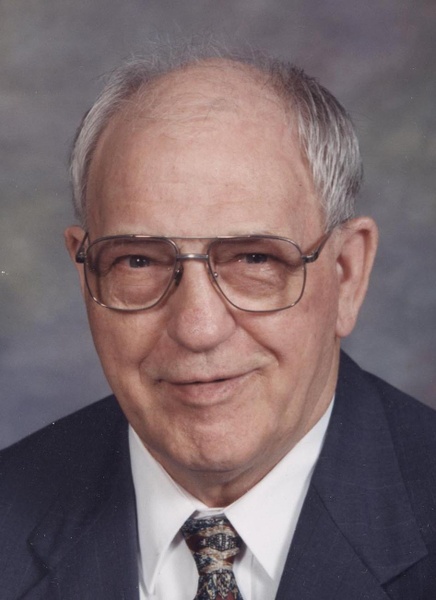 Shervin I. Stave, age 87, of Breckenridge, Minnesota, passed away on November 28, 2014, at St. Francis Medical Center in Breckenridge. The funeral will be at 10:30 AM on Monday, December 1, 2014 at Faith Lutheran Church in New Effington, South Dakota, with Pastor Mark Manning and Pastor Cheryl Rondeau-Bassett officiating. There will be a visitation from 5:00 PM to 8:00 PM, with a prayer service at 7:00 PM, on Sunday, November 30, 2014 at Joseph Vertin and Sons Funeral Home in Breckenridge, with Pastor Mark Manning officiating. There will also be a visitation one hour prior to the service at the church on Monday. Joseph Vertin and Sons Funeral Home in Breckenridge is assisting the family.

Shervin was born on May 13, 1927 to Edward and Amanda (Hovey) Stave at rural Hammer, South Dakota. He attended country school until the 8th grade, after which he worked on the family farm. He was united in marriage to Margorie Chilson on January 2, 1954, at Grace Lutheran Church in Sisseton, SD. The couple made their home on the Hovey family farm, where they continued farming until 1962. They then moved to the Minneapolis/St. Paul region, where Shervin began his welding career with Rheem Mfg. In 1976, they moved to the Wahpeton, ND area due to his father's health. He continued his welding career at Wilrich Mfg. in Wahpeton, until his retirement in 1984.

Shervin was an avid Minnesota Twins fan, and enjoyed watching games and listening to them on the radio. He enjoyed the outdoors, particularly hunting and fishing, and later in life, simply looking out his window to watch the ducks frolicking in a nearby pond. He enjoyed social activities such as playing cards, Bingo, and dancing, but especially spending time with his family and friends.

He was preceded in death by his parents, Edward and Amanda; his first wife, Margie; his second wife, Leona; siblings, Marian Carlson, Arnold, Carrol, and Meryl; brothers-in-law, Billy Chilson and George Carlson; and a son-in-law, Lydell Miller.
To order memorial trees or send flowers to the family in memory of Shervin Stave, please visit our flower store.