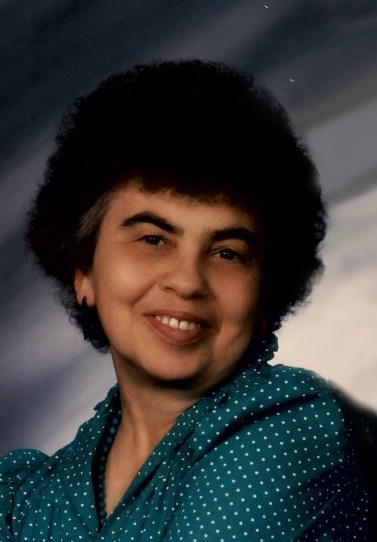 Shirley Marwitz, 83, of Breckenridge, MN, went home to the Lord on Monday, November 22, 2021, in the care of Sanford Medical Center, Fargo, ND. The funeral service will be held at 11 a.m., Thursday, December 2, 2021, at Joseph Vertin and Sons Funeral Home, Breckenridge, with a visitation one hour prior to the service. Father Leo Moenkedick will be officiating. Burial will be held in Riverside Cemetery, Breckenridge. Arrangements have been entrusted to Joseph Vertin and Sons Funeral Home.

Shirley Sustersic was born on September 17, 1938, in Biwabik, MN, to Frank and Antonia (Janezich) Sustersic. She was raised in the Aurora, MN, area and attended public school until health concerns forced her to stop attending classes.

Shirley was united in marriage to Jon Bowman in 1959 and they made their home in Milwaukee, WI, where they owned and operated a tavern-style restaurant together. By 1980, she had moved back to Aurora to care for her mother who was in poor health. On February 7, 1985, Shirley was united in marriage to Gerald Marwitz in Virginia, MN, and the two moved to the Breckenridge area.

Shirley was a proud member of St. Mary’s Catholic Church singing in their choir and helping in the kitchen. She enjoyed spending time outside on walks, picnics, or camping. Her favorite place to go and sit was by the lake and campfire. When not outside, Shirley could be found enjoying a puzzle or reading a good book.

Shirley will be greatly missed by her husband, Gerald Marwitz; her son, David Marwitz; and her stepdaughter, Dawn Strander.

She is preceded in death by her parents Frank and Antonia Sustersic, and many aunts and uncles.

To order memorial trees or send flowers to the family in memory of Shirley Marwitz, please visit our flower store.