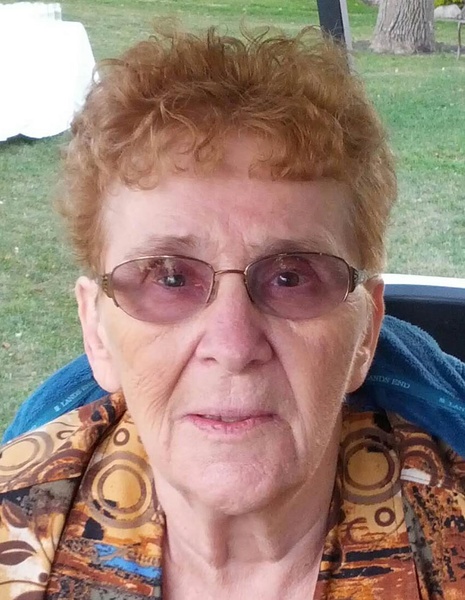 Shirley Ann Shockley, 74, of rural Doran, MN, passed away Friday, September 12, 2014, at her home, surrounded by her family and under the care of Riveredge Hospice. The visitation will be from 5:00 to 8:00 PM, Monday, September 15 with a prayer service at 5:30, at Joseph Vertin & Sons Funeral Home in Breckenridge, MN. The Mass of Christian burial will be at 1:00PM, Tuesday, September 16, at St. Mary's Catholic Church in Breckenridge. Father Joseph Backowski will be the Celebrant. The interment will be at Riverside Cemetery in Breckenridge.
Shirley was born on April 21, 1940, in Riverside, CA, to Tony and Faith (Jabs) Mitzel. She attended elementary school in Riverside until the end of WWII, then her family bought a farm and moved to rural Oberon, ND. She graduated high school at St. Mary's Academy in Devils Lake, ND. During this time, Shirley worked as a nanny to pay for her room and board at the academy. Following high school she worked as a Nursing Assistant at the Grand Forks North Dakota Air Force Base. She then attended NDSSS in Wahpeton, achieving an Associate's Degree as a Licensed Practical Nurse. After completing her nurses training, she moved back to Grand Forks where she worked at St. Michaels Hospital on the maternity ward. A highlight in Shirley's life was witnessing a speech given by President John F. Kennedy at the University of North Dakota.
On November 4, 1966, Shirley was united in marriage to John Shockley, in Webster, SD. The couple moved to a farmstead near Doran where together they worked the land, raised animals, and reared their five children. During the early 80's, Shirley went back to school to get her Bachelor's Degree in Nursing. She was employed as a Registered Nurse at St. Francis Health Care Center in Breckenridge; and in Fergus Falls, MN, at Lake Region Hospital, and the State Hospital. John passed away on October 17, 1991. Shirley continued to live on the farm until her passing.
Shirley sacrificed a lot for her children but reaped the benefits of a fulfilled life as a wife, mother, and nurse. Her Catholic faith was a guiding influence in her life. She was an avid reader and loved to plug away in her flower garden. She enjoyed regular trips to the casino with her best friend, Roberta Erickson. Her dog, Rocko, was a special faithful companion; but her greatest joy in life was being with her family and friends.
She was a member of St. Mary's Catholic Church and the Fergus Falls Chapter of Retired State Employees.
Shirley is survived by her 5 children, Roger (Marliyn) Harveland, Summerville, SC, and their daughter, Marie, Robert Harveland of Glyndon, MN, John (Kirsten) Shockley of Moorhead, MN, and their daughter, Donna, Debra (Dean) Hruby of Wahpeton, ND, and their boys Daniel, Christopher, Matthew, Zachary, and Cheryl Shockley of Summerville, SC; 3 great-grandchildren, Lily, Jax, and Aiden; her siblings, John Mitzel of Vancouver, WA, Steven Mitzel of Devils Lake, ND, Ramona Wick of Maddock, ND, and Louise DeMarce, of Devils Lake, ND.
Shirley is preceded in death by her parents, Tony and Faith Mitzel, her husband John, her grandson, Nickolas Hruby, and her brothers, Anton and Anthony.
To order memorial trees or send flowers to the family in memory of Shirley Shockley, please visit our flower store.