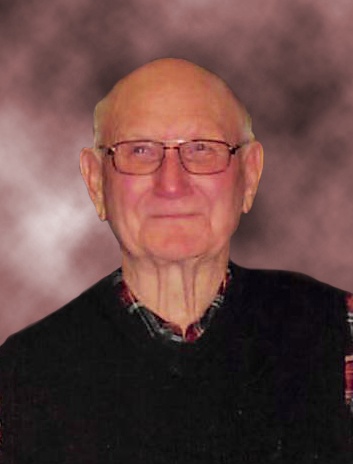 Stanley Thomas Piechowski, age 92, of Breckenridge, MN, passed away on Sunday, February 6, 2022, at Twin Town Villa, under the care of CHI Health at Home and Hospice, Breckenridge, and surrounded by his loving family. Visitation was held on Wednesday, February 9, 2022, from 4 PM to 6 PM, followed by a prayer service at 6 PM at Joseph Vertin and Sons Funeral Home, Breckenridge. Visitation continued at St. Mary’s Catholic Church, Breckenridge, on Thursday, February 10, 2022, from 9:30 AM to 10:30 AM, followed by his Mass of Christian Burial at 10:30 AM. Father Leo Moenkedick officiated the service. A livestream of his services is available on his obituary page on the funeral home’s website. Arrangements have been entrusted to Joseph Vertin and Sons Funeral Home, Breckenridge.

Stanley Piechowski was born near Browns Valley, MN, on December 30, 1929, to Joseph and Florence (Harrington) Piechowski. He grew up there and attended country school until the 8th grade. After this, he worked on the family farm until being drafted into the United States Army in 1954. He started his army career at Ft. Leonardwood, MO, for basic training and then was deployed in Guam for one year. In May of 1956, Stanley was honorably discharged and returned home to continued farming with his dad and brothers near Browns Valley.

Stanley enjoyed dancing, playing cards with the neighbors, riding bike, and spending time with his family.  He had a unique sense of humor and always tried to make others laugh.  But above all, he cherished the special bonds he had with his grandchildren.

In lieu of flowers, the family kindly requests all memorials be made to CHI Health at Home and Hospice, Breckenridge.

To order memorial trees or send flowers to the family in memory of Stanley Piechowski, please visit our flower store.