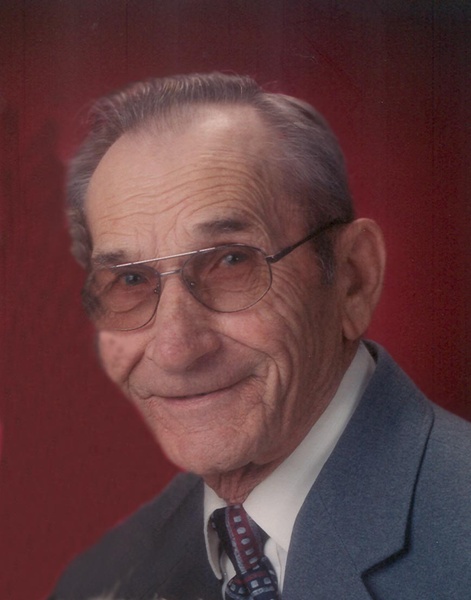 
Stanley Rezac, 95 of Wahpeton, ND, formerly of Breckenridge, MN died August 21, 2010 at St. Catherine’s Living Center. The funeral is Tuesday, August 24, 2010 at 3:00 PM at St. Mary’s Catholic Church, Breckenridge with Father Ken Popp officiating. The visitation is Monday, August 23, 2010 from 5 pm to 7 PM with a prayer service at 7 PM at             Joseph Vertin & Sons Funeral Home, Breckenridge. There will also be visitation one hour prior to the service at the funeral home. Interment is at St. Mary’s Catholic Cemetery, Breckenridge, MN. Pallbearers are Kip Rezac, Dave Rezac, Mike Pikarski, Bob Rosemore, Gary Welharticky and Paul West.

Stanley was born on July 14, 1915 in Abercrombie, ND to Cyril and Mary (Kovar) Rezac. He attended local schools in the area and entered the US Air Force on March 17, 1942 and served in the south Pacific until December 21, 1945. He returned home after the war and started farming.

On December 31, 1946 Stanley was united in marriage to Libby Welharticky at St. Mary’s Catholic Church and they resided in Breckenridge. In 1955, he started construction work with his brother until retiring in 1977.

Stanley was a member of St. Mary’s Catholic Church, Wilkin County Historical Society and proudly served on Wilkin County Fair Board. He spent a lot of his spare time working on his garden and selling his green produce.

Stanley is survived by many nieces and nephews.