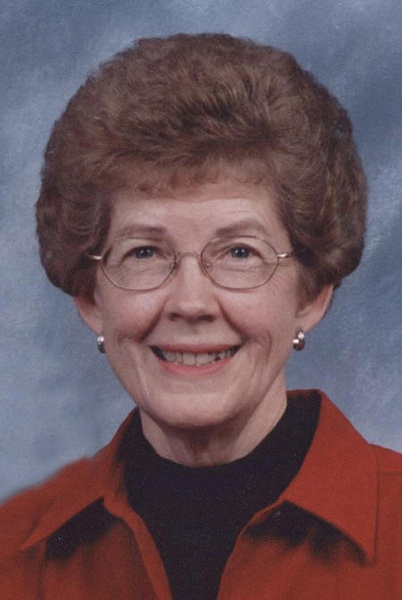 Susan Adelle Trageton, 70, of Breckenridge, MN died Sunday, May 12 at St. Catherine's Living Center, Sienna Court in Wahpeton, ND under the care of Riveredge Hospice and lovingly surrounded by her family. The funeral will be 11:00AM, Thursday, May 16 at Breckenridge Lutheran Church. Pastor Mark Manning will be officiating. The visitation will be from 5 to 8PM, Wednesday, May 15 with a prayer service at 7PM at Joseph Vertin & Sons Funeral Home in Breckenridge. Interment will be at Fairview Memorial Gardens in Wahpeton, ND at a later date.
Susan Foley was born August 6, 1942 at Wahpeton, ND to Palmer and Borghild (Engerhom) Foley. She was born and raised in rural DeLamere, ND, attending school in DeLamere and graduating in 1960. She obtained her teaching certificate from Valley City State College in 1962. Her first teaching position was teaching second grade in Northwood Public School. It was in Northwood where she met the love of her life, Oliver Trageton. On December 28, 1965 Susan and Oliver were united in marriage at Immanuel Lutheran Church in rural DeLamere. They began their lives together in Breckenridge, MN where they both taught in the public school. She taught second grade from 1965 to 1973 all the while working on her Bachelor of Science Degree in Elementary Education. She graduated from Mayville State College in 1971. Susan and Oliver adopted Sara Renae Trageton, who was born February 1, 1973. Susan chose to resign from teaching to be home with their long-awaited daughter; however she did continue to substitute in the Breckenridge Public School system. From 1989 to 1993, she taught third grade, half-time, and then first grade, until she retired in 2001. She poured so much of herself into her students inside and outside of the classroom. She had a "magic" way of making connections and forming bonds, and saw the worth of each child. Susan delighted in tracking and staying in touch with her former students.
Susan taught Sunday School for many years at Breckenridge Lutheran Church; also serving in Church Council, the Abigail Circle, Book Club, and the Alter Guild. She loved to read, travel, and bake. She enjoyed writing-keeping daily journals and Christmas diaries since 1952. She was appreciated as a genuine, sincere, and loving person who adored spending time with her family, especially her grandchildren.
Susan is survived by her husband of 48 years, Oliver, of Breckenridge, MN; her daughter Sara (Randy) Gerdon of Wahpeton, ND; her four grandchildren, Nicholas, Jacob, Matthew, and Addison; her sister Gloria (Edmond) Mortenson of Malta, MT; her sister-in-law Lou Foley of Fargo, ND.
Susan is preceded in death by her parents Palmer and Borghild; and her brother Harold Foley.
To order memorial trees or send flowers to the family in memory of Susan Trageton, please visit our flower store.