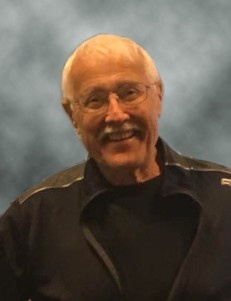 Terrence John Keaveny, affectionally known as “Terry,” 70, of Wahpeton, ND, passed away, surrounded by his loving family, after a long battle with cancer on Thursday, April 18, 2019, at Sanford Hospital, Fargo. Visitation will be held from 5:00 p.m. to 7:00 p.m., Monday, April 22, 2019, with a prayer service at 7:00 p.m., at Joseph Vertin and Sons Funeral Home, Breckenridge. Visitation will continue from 9:30 a.m. to 10:30 a.m., Tuesday, April 23, 2019, followed by the Mass of Christian Burial at St. John’s Catholic Church, Wahpeton. Father Dale Lagodinski and Father Tony Welle will con-celebrate. The burial will be held at St. Gall’s Catholic Cemetery, Tintah, MN, at a later date.

Terry was born on January 19, 1949, in Breckenridge, MN, the son of Raymond and Carmella (Schend) Keaveny. He grew up in Tintah and graduated from Sisseton High School in 1967. Following his graduation, Terry enlisted in the United States Army in March of 1968. He proudly served his country in Vietnam until 1971. Returning home, he continued to serve his country for the next 20 years in the North Dakota Army National Guard.

During the sports seasons, Terry videotaped many games for Wahpeton High School and North Dakota State College of Science and has always been a faithful fan of the teams. He also enjoyed pheasant hunting, golfing, and going to activities for his grandchildren, nieces, and nephews.

To order memorial trees or send flowers to the family in memory of Terrence "Terry" Keaveny, please visit our flower store.