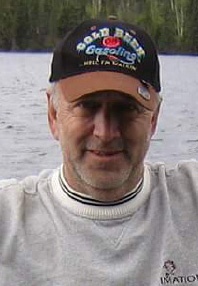 Terry Lee Prellwitz, 62, of Breckenridge, MN, passed away suddenly, on Saturday, February 28, 2015, in Wahpeton, ND. There will be a visitation from 5:00 to 8:00 PM, on March 4, 2015, at Joseph Vertin & Sons Funeral Home in Breckenridge. On Thursday, March 5, at 10:00 AM, there will be a private Memorial Service for family and close friends in the chapel at Joseph Vertin & Sons. Father John Cox will officiate the service.
Terry was born in Mahnomen, MN, on September 26, 1952; one of 10 children born to Lawrence and Shirley (Klatt) Prellwitz. He attended school in Waubun, MN, graduating in 1970 from Waubun High School. Following high school, Terry enlisted in the US Navy, serving his country as a Mobile Mine Operator. He was stationed on the USS America. He spent some of his four years of military deployment in Scotland, where he met the love of his life, Margaret McKechnie. The couple returned to the United States and was married in Charleston, South Carolina, on December 15, 1973. Terry and Margaret moved to Detroit Lakes, MN, where he attended Detroit Lakes Technical College for agriculture, graduating in 1976. In 1977, Terry moved his family to Breckenridge where he worked for the Kelly Miller farm. In 1981, he began his career at 3M and continued working there through their transitions to Imation, and eventually, ComDel.
Terry was a devoted husband, father, and "papa". He enjoyed hunting and fishing, and he was a lifetime member of the NRA. He enthusiastically taught his children and grandchildren the joy of the outdoors; particularly teaching his grandsons, Ryan and Parker, how to shoot. He fell in love with the game of hockey when all three of his children decided to play. He got to enjoy the view from the bench when he became their coach. As the next generation assumed the same affection for hockey, Terry had the privilege of watching every single game his granddaughters, Hannah and Maggie, had played in. A highpoint of his life was returning to Scotland with Margaret for their 40th wedding anniversary.
Terry is survived by his wife of 41 years, Margaret; his daughter, Theresa Benson, and her children, Parker Benson and Maggie Prellwitz, his sons, Anthony Prellwitz, and Mathew (Rebecca) Prellwitz, and their children Ryan and Hannah; his siblings, Betty (Ronald) Safar, Priscilla Thompkins, Rosanne Kuehn, Sharon (Allen) Gallegher, Linda St. Pierre, Larry Prellwitz, and Barbara (Duane) Safar; several nieces and nephews, great and great-great nieces and nephews.
Terry is preceded in death by his parents, Lawrence and Shirley; a brother and sister in infancy, Richard and Maureen; and a brother-in-law, Merril Kuehn
To order memorial trees or send flowers to the family in memory of Terry Prellwitz, please visit our flower store.