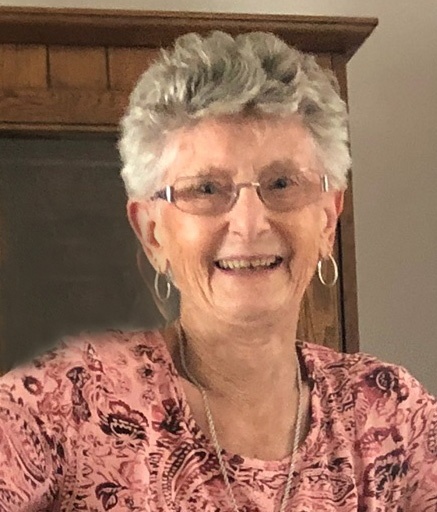 Theresa “Tootie” Brantl, 88, of Breckenridge, MN, passed away peacefully at St. Francis Medical Center on Sunday, December 16, 2018. Visitation will be held from 5:00 p.m. to 7:00 p.m., Wednesday, December 19, 2018, at Joseph Vertin and Sons Funeral Home in Breckenridge, followed by a Christian Mother’s Rosary at 5:00 p.m. and a prayer service at 5:30 p.m. Visitation will resume at Joseph Vertin and Sons Funeral Home from 9:30 a.m. to 10 a.m., Thursday, December 20, 2018, followed by the Mass of Christian Burial at 10:30 a.m. at St. Mary’s Catholic Church, Breckenridge. Father Joseph Backowski will be officiating. Interment will be held at St. Mary’s Catholic Cemetery, Breckenridge.

Theresa, affectionately known as “Tootie,” was born in Ada, MN, on March 16, 1930, the daughter of Anthony and Anna (Platt) Kappes. She grew up on the family farm and attended school in Ada. After her formal education, she stayed and helped her family on the farm. On April 28, 1949, she was united in marriage to Norman Brantl at St. Joseph’s Catholic Church in Ada. Due to Norman’s job at Cargill Corporation, Tootie and Norman first made their home in Grand Forks, ND, and then moved to Grafton, ND, Crookston, MN; West Des Moines, IA; and finally settled in Breckenridge, MN, in 1963. Along the way, they were blessed with eight children, several friendships, and many adventures that made lasting memories. Tootie and Norman owned and operated Quixtar (Amway) and Sun Valley Knit shop from their home.

Tootie’s Catholic faith was important to her and she incorporated this into her everyday life; she was active at the St. Mary’s Catholic Church in Breckenridge, Catholic Daughters, and Christian Mother’s. Tootie was also a member of the local Eagle’s Auxiliary club. Tootie enjoyed being involved in Teens Encountering Christ (TEC) and contributed as a behind-the-scenes server, also known as a “wheatie.” She believed in giving back to her community and volunteered countless hours to the local food pantry that she held dear to her heart, Ruby’s Pantry. Not only was charity a value she practiced throughout many aspects of her life, but she also dedicated much of her time to listening, caring, and serving participants at local grief support groups. In other areas of Tootie’s life, she was considered a “health nut,” she enjoyed blocking off sections of her day to dedicate to working out on her treadmill. And when she wasn’t exercising, she could be found tending to her garden or tidying up her house. She showered her friends, family, and community with tender care and compassion; her grace and affection touched the lives of many. Her family was her anchor and she was their rock. She was a mother, grandmother, great-grandmother, and friend. Tootie will always be remembered by her love for life, dancing, and God.  She left behind a legacy of servitude, humility, and unconditional love for her family that will be greatly missed.

She was preceded in death by her children, Mark and his wife, Diana Brantl, David Brantl, and Diane Brantl; grandson, Matthew Brantl; loving husband of 55 years, Norman Brantl; and parents, Anthony and Anna Kappes.

To order memorial trees or send flowers to the family in memory of Theresa "Tootie" Brantl, please visit our flower store.