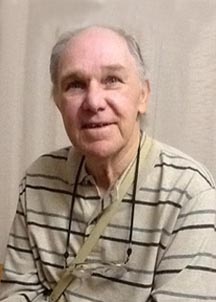 Thomas Charles Dickinson, 78 of Breckenridge, MN died April 4, 2013 at St. Francis Nursing Home in Breckenridge. The funeral will be Monday, April 8 at 1:00PM at Joseph Vertin & Sons Funeral Home in Breckenridge with a visitation one hour prior to the funeral. Pastor Mark Manning is officiating. The interment will be at a later date.
Thomas was born September 12, 1934 to Christopher and Marie (Sabin) Dickinson in Newark, NJ. He grew up and attended school in Cranford, NJ. After he finished high school, on September 15, 1953, he enlisted in the US Army. During his two years of service he was stationed in Germany. Upon his return, Thomas enrolled in Central Bible College in Springfield, MO. After Bible College, he began a life-long career as an electrician, living in New Jersey and eventually in Minnesota.
Thomas had a passion for flying and sailing, both of which he enjoyed doing with his family. He loved sailing on the lakes of Minnesota and taking willing passengers up in the plane.
Thomas is survived by his children Thomas (Vicki) Dickinson, JR. of Oxford, MS and their children Chelsea and Cooper, Linda (Greg) Goerdt of Kent, MN and their children Eric and Andrew, Timothy (Dawn) Dickinson of San Diego, CA and their daughter Sophia, Stephen (Lisa) Dickinson of Oxnard, CA and their children Trina, Sara, and Stephi, Daniel Dickinson of Motley, MN and his daughter Scarlett, and John (Jessica) Dickinson and their children Ian, Keira, and Aila; his brothers Christopher (Sandee) Dickinson of Lebanon, MO, and Walter (Dona) Dickinson of Woodbridge, NJ.
Thomas is preceded in death by his parents Christopher and Marie and his sister Virginia Biondi.
In lieu of flowers, the family wishes that donations be made to the Mill Street Residence (802 South Mill Street, Fergus Falls, MN 56537) where Thomas made many good friends.
To order memorial trees or send flowers to the family in memory of Thomas Dickinson, please visit our flower store.