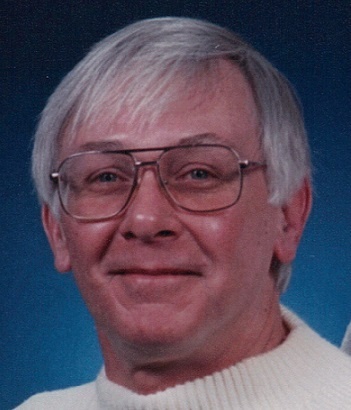 Timothy Lietz, 64 of Hankinson, ND died Friday, November 8, 2013 at Sanford South Palliative Care in Fargo, ND. The visitation will be Monday, November 11, from 5:00 to 7:00PM with a prayer service at 7:00 at Immanuel Lutheran Church in Hankinson. The funeral service is 1:00PM Tuesday, November 12 at Immanuel Lutheran Church. Pastor Adam Moline will be officiating. The interment will be at Immanuel Lutheran Cemetery in Hankinson.
Tim was born in Grand Forks, ND to John and Helen (Schultz) Lietz on August 20, 1949. He graduated in 1967, from Hoople High School in Hoople, ND. He was united in marriage to Joella (Edwards-Phelps) in 2000. He worked at Wil-Rich in Wahpeton, ND until his diagnosis with pancreatic cancer in 2009. Tim was a longtime member of Immanuel Lutheran Church in Hankinson. For 31 years, he was steadfast member and sponsor of AA. He enjoyed fishing, camping, and attending the annual family reunions. He loved visiting with family and friends.
Tim is survived by his wife Joella; his daughter Karissa (Brad) Bladow of Hankinson, ND, and their children, Ross and Karsyn; his daughter Kristyl (Matthew) Addison of Dallas, TX, and their son Landon; and Joella's family as he thought of his own, daughter Penny Sigfusson (Mark Nygard) of Gardar, ND, and her son Jeremy (Stephanie) Sigfusson, Concrete, ND and their children Brady, Jacob, Tracy; her daughter Johanna (Max) Samdahl of Park River, ND and their children Blair and Orianna, and Kaitlyn Sigfusson, Fargo, ND; son Guy (Kari) Phelps of Hoople, ND, and their children Kaci, Shayna, Bailey, and Benjamin; and daughter Polly Ann Phelps (Tom Fussy) of Rice, MN, and their children Anthony Phelps of California, and his son Jade, and Andrew Phelps, of Rice, MN; great-grandchildren Kendra, Mariah, Mackenzie, Logan, and Cadence; his brothers Randy (Diane) Lietz of Hoople, ND, Emery (Sandra) Lietz of Grafton, ND, and Nathan (Rowena) Lietz of Wahpeton, ND; and his sister-in-law Luella (Loren) Paul of Holdingford, MN; and many nieces and nephews.
Tim was preceded in death by his parents John and Helen.
To order memorial trees or send flowers to the family in memory of Timothy Lietz, please visit our flower store.