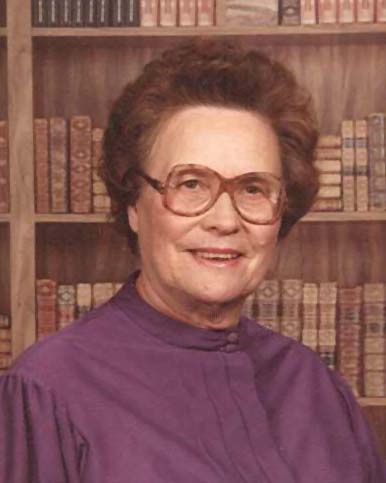 Verna K. Parde was born December 22, 1918 to Edd and Grace (Duitsman) Parde near Adams, Nebraska. The family then moved to Pickrell, Neb., where she grew up and attended school, completing her formal education in 1933, a graduate of School District 6, Gage County, Neb. Verna was confirmed March 25, 1934 at the Zion Lutheran Church in Pickrell.

Verna was united in marriage to LaVern E. Schuster on January 14, 1940 by the Rev. J.B. Reents in Pickrell. The couple lived near Firth, Neb. until they moved to Minnesota in 1953. They farmed at rural Rothsay, MN and were members of Breckenridge Lutheran Church, where Verna also taught Sunday school.

Following Lavern's death on July 25, 1983, Verna moved to Breckenridge, MN, where she made her home until she moved to the Leech Home in Wahpeton, ND. In March, 2003, she moved to the Good Samaritan Center in Barnesville, MN.

She was preceded in death by: Her parents: Edd and Grace Parde; Her Husband: LaVern E. Schuster; 3 brothers: Heye, Wilke, and Arnold Parde; 5 sisters: Dena Wallman, Anna Trauernicht, Tillie Remmers; and Tena and Eilendena in infancy

To order memorial trees or send flowers to the family in memory of Verna Schuster, please visit our flower store.