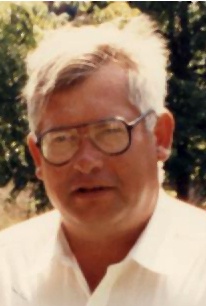 Vernon Randall Hames, Sr., 71, of Wolverton, MN, passed away on Tuesday, April 29, 2014, at Essentia Hospital in Fargo, ND. The visitation will be at Joseph Vertin & Sons Funeral Home in Breckenridge, MN, from 1:00 to 2:00pm, on Thursday, May 1, 2014, followed by the funeral at 2:00PM. Pastor Mark Manning will be officiating.
Vernon was born to Randall and Beryl (Spencer) Hames, on April 27, 1943, in Fergus Falls, MN. He grew up and attended country school in Vergas, MN. After completing his education, he began working at the Peterson Mink Farm in rural Vergas. He then moved to Fergus Falls and began his vocation as a semi-truck driver. In the late 1960's, he relocated to Circle Pines, MN, but continued his career in trucking. After retiring in the late 1990's, he moved to Wolverton. Vernon loved fishing, and attending auctions and garage sales- always on the hunt for antique clocks. He also enjoyed spending time with his family.
The family would like to extend a special thank you to Jen and Ryan, Vernon's neighbors in Wolverton, for always taking the time to check in on him and being there for him when he needed them.
Vernon is survived by his mother, Beryl Hames of Fergus Falls, MN; his sons, Vernon Hames, Jr. of West Fargo, ND and Brian Hames of Wolverton, MN; his daughters, Patty (Denny)Flink of Barnesville, MN and Sherri (Jerry) Burtson of Brooklyn Center, MN; his six grandchildren and eight great-grandchildren; his brothers, Steve (Suzy) Hames of Fergus Falls and Terry Hames of Circle Pines, MN; his sisters, Luella Lawson of Brooklyn Park, MN, Linda (Ed) Brist of Fergus Falls, MN, and Tammie (Dewy) Maxwell of Circle Pines, MN; and several nieces and nephews.
Vernon is preceded in death by his father, Randall Hames; his wife, Vieda Hames; his sister, Velda Stanvik.
To order memorial trees or send flowers to the family in memory of Vernon Hames, please visit our flower store.