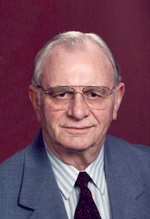 R. Peters, 84, , , formerly of October 15, 2008 at Innovis Health, uneral services will be on Tuesday, October 21, 2008 at 2:00 PM at Joseph Vertin & Sons Funeral Home Chapel, Pastor Peter Schmidt officiating. Visitation will be one hour prior to the funeral at the funeral home.


Richard Peters was born July 6, 1924 in , the son of Adolph and Stella (Brown) Peters. When he was four years old moved with his family to a farm at rural . He grew up on the farm and attended . He later attended school in . served with the U. S. Marine Corp. in the Sea Going Marines during WWII from 1944 to 1945. Following his discharge he returned to farming near Wolverton.

He was p receded in death by his parents, Adolph and Stella Peters; h is three brothers, Harold “Bud,” Gene and Glen Peters; h is sister, Hazel Hanson; h is step-brother, Stanley Woods.

To order memorial trees or send flowers to the family in memory of Vernon Peters, please visit our flower store.