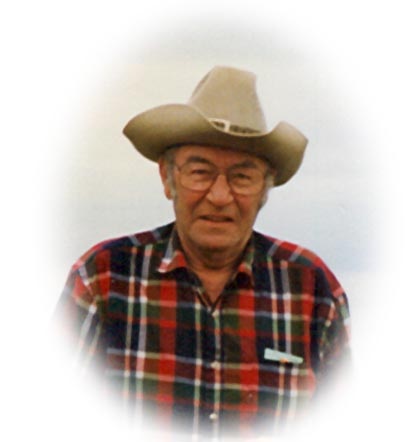 Victor Charles Storm, 81 of Tintah, MN passed away on February 25, 2011 in his home under the care of Riveredge Hospice and surrounded by his family. Visitation is Monday February 28, 2011 from 11:00 am to 1:00pm at Joseph Vertin & Sons Funeral Home in Breckenridge, MN. The funeral is Monday February 28 at 1:00pm at Joseph Vertin & Sons Funeral Home. Officiating the service is Pastor Carl Berner. The interment will be at Riverside Cemetery in Nashua, MN at a later date.
Victor was born on November 24, 1929 to Vernon and Elsie (Roggeman) Storm at Walnut Grove, MN. He attended country school through the 8th grade and graduated from Holloway High School in 1948. He was united in marriage to Delores Schliemann in 1950. Victor and Delores began their married life farming but in 1957, they moved to Moorhead, MN and Victor went into sales. He sold insurance, water softeners, fuller brush and mobile homes. Eventually they moved Minot, ND where he became a sales manager in mobile homes and later going into real estates sales. It was then that he started his 50 year career in income tax preparation. In 1963, Victor became a warehouse manager for Tempo Store and in 1965 he and his family moved to Tintah, MN when he took on yet another career challenge as a partner in the Liquor Store until 1978. Not willing to take it easy yet, Victor started a taping, texture and painting business where he and Delores worked side by side until retirement.
In his spare time, Victor enjoyed hunting, fishing, and playing sports. He treasured the many times that he and Delores would bow hunt deer together. He had played independent baseball for thirteen years, where he excelled as a pitcher. He also loved to dance. Victor was confirmed at Fairfield Lutheran Church and was a member of the Tintah Volunteer Fire Department for many years.
Victor is survived by his wife Delores of Tintah, MN; his children Lucille (Tom) Kieffer of Morris, MN; David Storm of Wahpeton, ND; Cynthia (Bruce) Albertson of Foxhome, MN; Tamra Erickson of Wahpeton; and Vickie (James) Lyngaas of Doran, MN; his 9 grandchildren and 4 great-grandchildren; his sisters Verna (Marvin) Schuerman of Moose Lake, MN; Valletta Hoppe of Red Wing, MN.
Victor is preceded in death by his parents Vernon and Elsie (Roggeman) Storm; his brother Virgil; his sister-in-law Delores "Cookie"
To order memorial trees or send flowers to the family in memory of Victor Storm, please visit our flower store.