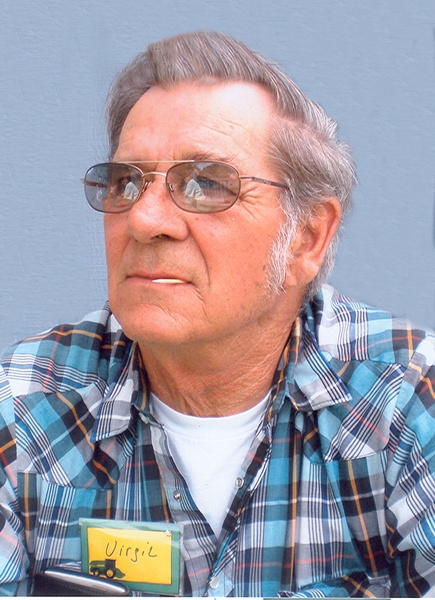 His funeral will be on Wednesday, January 6, 2010 at 11:00 a.m. at Joseph Vertin & Sons Funeral Home Chapel, Breckenridge, with Pastor Terry Tilton officiating.

Visitation will be Tuesday, January 5, from 4:00 p.m. to 7:00 p.m. with a prayer service at 7pm at Joseph Vertin & Sons Funeral Home, . There will also be visitation one hour prior to the funeral at the funeral home.

Interment will be at , at a later date.

Honorary pallbearers: All of Virgil’s grandchildren

Virgil Kenneth DeVine was born February 4, 1937 in , the son of Kenneth and Evelyn (Elmore) DeVine. He grew up and attended Breckenridge schools. On April 1, 1954 Virgil entered the U. S. Army and served in . He was discharged March 29, 1957. Virgil then returned to the Breckenridge area and began truck driving. He was married to Beverly Quernomoen and lived in the Breckenridge area. From that marriage four children were born: Dennis, Bonnie, Sandra and Gene.

In 1968 Virgil was united in marriage to Renee Johanson. They lived in Breckenridge and together had two daughters, Beth and Barbara.

Virgil was married to Jeanne Kosek on September 28, 2002. The couple has made their home in Breckenridge.

Virgil was a member of the VFW Post #4324 and Eagles Club Aerie #2749 both in Wahpeton, ND. He enjoyed playing solitaire and shaking dice with his grandchildren, and working on John Deere lawn tractors. He also liked entertaining friends and family in his garage. Virgil truly enjoyed his life long career of truck driving. Following his first round of health set backs, his first concern was being able to get back to driving. He drove for Waste Management for 19 years and more recently, Three Rivers Transport and Direct Transport. His first real love was for his family and friends. He always loved to visit.

He was preceded in death by: His parents: Kenneth and Evelyn DeVine; and His brother: Lowell DeVine.

To order memorial trees or send flowers to the family in memory of Virgil DeVine, please visit our flower store.