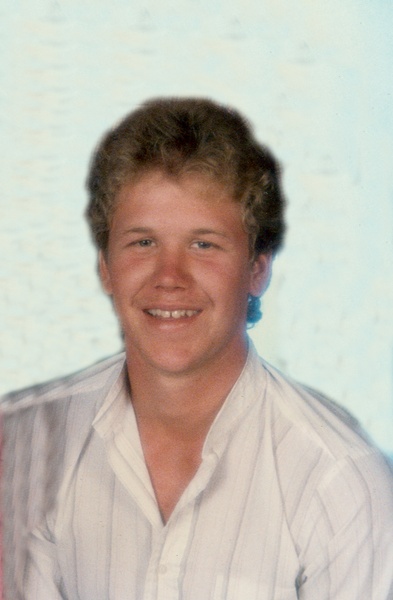 His funeral will be held on Tuesday, August 7, 2007 at 2:00 PM at Joseph Vertin & Sons Funeral Home Chapel, Breckenridge, MN. Pastor Wendell Kelm will be officiating. Visitation will be Monday, August 6, 2007, from 5:00 PM to 8:00 PM at Joseph Vertin & Sons Funeral Home, Breckenridge. There will also be visitation one hour prior to the funeral at the funeral home. Interment will be at Riverside Cemetery, Breckenridge, MN.

Wendell Jerome Wickum was born September 26, 1963 in Williston, ND, the son of Elton and Jeanie (Koslowsky) Wickum. He grew up and attended school in Merced, CA and graduated from Atwater High School in Atwater, CA in 1981. Following graduation Wendell returned to the Williston area and worked in oil related construction. Wendell then worked as a cement mason in California, North Dakota and Minnesota. He most recently was working at Ottertail Ethanol in Fergus Falls, MN.

Wendell was a member of the Cement Masons Union. He enjoyed fishing, hunting and doing everything outdoors. He couldn't pass up a fishing pond. Wendell was very friendly and outgoing, never met a stranger and will be missed by all who knew him.

Honorary pallbearers will be all of Wendell's cousins, friends, and fellow concrete crew members.

To order memorial trees or send flowers to the family in memory of Wendell Wickum, please visit our flower store.