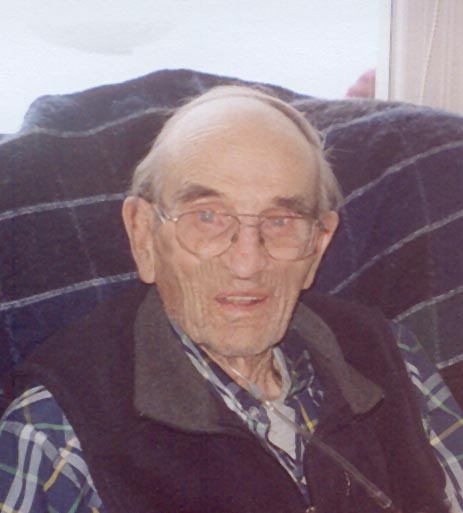 Wilfred Bernard Heitkamp was born to John and Angeline (Pikarski) Heitkamp on February 3, 1921 in rural Barney, ND. He grew up and attended school in Barney, and also attended 2 years at St. Anthony’s Catholic School in Mooreton, ND. Wilfred then attended Olson’s School for welding in Wahpeton, ND. In 1939 he joined the Navy and served until to 1941 at Great Lakes, IL. Following his military career, he went to work at Hood River, Oregon for an aircraft company. Wilfred then returned to the Mooreton area and farmed for two years before starting up his own welding business. On December 28, 1946 Wilfred and Marcella Anderson were united in marriage at St. Mary’s Catholic Church in Breckenridge. They made their home and raised their 9 children in Breckenridge where Wilfred also started a job with Schweitzer’s. He was employed there for 29 years. After retiring from Schweitzer’s, he began helping his sons Neil and Scott, in their construction business- helping out wherever he could until his health failed.

In his spare time, Wilfred had many hobbies to enjoy including bowling, baseball- especially watching the MN Twins, hunting, fishing, gardening and spending time at the lake. It was an honor for him to help out his children. He cherished the many memories made while spending time with his children, grandchildren and great-grandchildren.

Wilfred is preceded by his parents, John and Angeline (Pikarski) Heitkamp; daughter, Sharon Wood; his grandson, Barry Henry; his brother, Sylvester Heitkamp; his sisters, Bernadine Kingston and Angeline Greenheck.
To order memorial trees or send flowers to the family in memory of Wilfred Heitkamp, please visit our flower store.