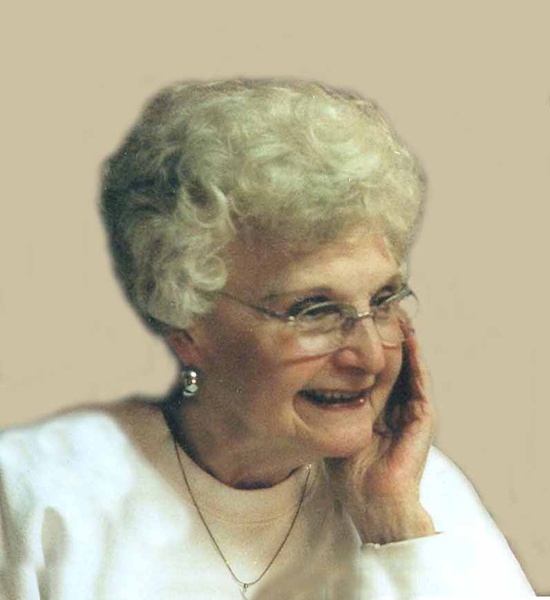 Her funeral will be held on Monday, July 7, 2008 at 10:30 AM at St. Mary’s Catholic Church in Breckenridge, with Fr. Kenneth Popp officiating.

Visitation will be Sunday, July 6, from 5:00 to 8:00 PM with a Prayer Service at 7:00 PM at Joseph Vertin & Sons Funeral Home, . There will also be visitation one hour prior to the funeral at the funeral home.

She was preceded in death by: Her son: Johnny Burhans; Her parents: Fred and Dolly Martin; Her Brother: Stanley Martin; Her sister: Carol Kossick; Her half-sisters: June Mehl and Lenore Haggart

Winnifred was born October 28, 1928 in , the daughter of Fred and Theresa “Dolly” (Matheson) Martin. She attended St. Mary’s School in Breckenridge, and later attended country school. Following her formal education, Winnie worked for the laundry in Wahpeton for a short time, and then became employed at Swift & Co. She also worked at .

On January 9, 1948, Winnifred was united in marriage to Fred Burhans at . They lived on the Martin farm near Breckenridge and later moved into town. In 1972 they moved to , where Winnie worked at a donut shop and later worked at French Mfg. Co. They returned to Breckenridge in 1994, and when their health began to fail, moved to .

Winnifred's favorite pastimes included reading, embroidering, arts and crafts and gardening. She loved spending time with her family and friends and especially enjoyed her grandchildren.

To order memorial trees or send flowers to the family in memory of Winnifred Burhans, please visit our flower store.